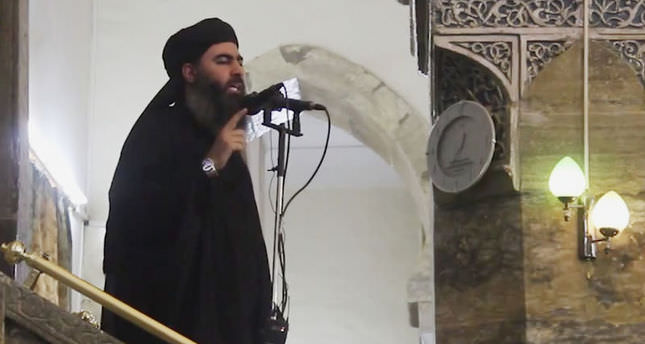 by Daily Sabah Aug 18, 2014 12:00 am
America's intelligence agency, the CIA is allegedly conducting an operation to hunt Abu Bakr al-Baghdadi, the leader of self-proclaimed Islamic State of Iraq and al-Sham (ISIS).

According to British media outlets, al-Baghdadi also referred to as the 'ghost' for not leaving any traces behind is searched by an exclusive team of 100 CIA agents who are trying to track him down.

It has been reported that the CIA is using unmanned spy planes, satellite images, field experts and other techniques to reach al-Baghdadi, while it is claimed that Britain also supports the operation. For instance, British soldiers last week were deployed to Irbil on a secret mission, while spy aircrafts collect intelligence on the site.

ISIS used to be a part of al-Qaeda but was disowned by the organization due to its aggressive stance against other opposition groups in Syria, including al-Qaeda's official Syrian branch, Jabhat al-Nusra. Other opponent groups accuse ISIS of undermining the legitimacy of their struggle against the Syrian regime while the organization poses an imminent threat to ethnic and religious minorities in the region.