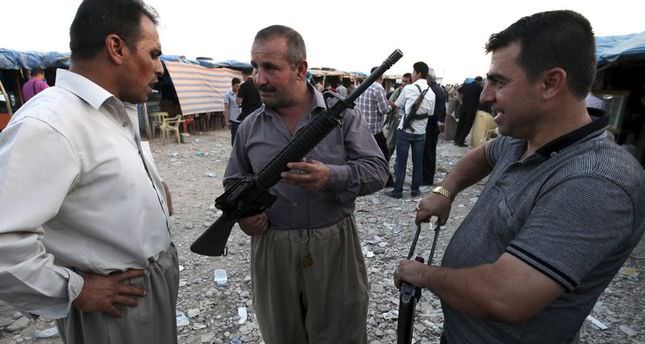 by Aug 18, 2014 12:00 am
Kurdish peshmerga fighters and Iraqi counter-terrorism forces have pushed the self-proclaimed Islamic State of al Sham (ISIS) militants out of Mosul dam, state television reported on Monday.

The television station quoted Lieutenant-General Qasim Atta, a military spokesman, as saying the forces were backed by a joint air patrol. He did not give details. An independent verification was not immediately possible.

A Twitter account belonging to a media organisation that supports the ISIS said the dam was still under the group's full control.

On Sunday, a Mosul dam engineer who has been in close contact with ISIS militants holding the dam said they had been placing roadside bombs along roads leading in and out of the complex in anticipation of an assault.

The latest northern Iraq offensive by ISIS militants has rattled the Baghdad government and its Western allies, prompting the United States to mount the first airstrikes in the country since it withdrew in 2011.