Obama calls for calm in Ferguson 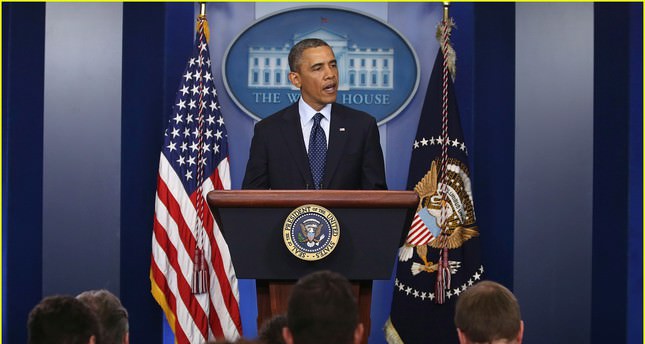 Calling for understanding in the face of racially charged anger, President Barack Obamasaid Monday that the vast majority of protesters in a St. Louis suburb were peaceful, but warned that a small minority was undermining justice for the unarmed black man shot and killed by police.

During a brief pause in his summer vacation, Obama expressed sympathy for the "passions and anger" sparked by the death of 18-year-old Michael Brown in Ferguson, Missouri, but said giving in to that anger through looting and attacks on police only stirs tensions and leads to further chaos. He said overcoming the mistrust endemic between many communities and their local police would require Americans to "listen and not just shout."

"That's how we're going to move forward together, by trying to unite each other and understand each other and not simply divide ourselves from one another," Obama told reporters at the White House. "We're going to have to hold tight to those values."

Speaking after meeting with Attorney General Eric Holder, Obama said Holder would travel to Ferguson to meet with FBI and other officials carrying out an independent federal investigation into Brown's death. He said he also had told Missouri Gov. Jay Nixon he wanted to ensure the use the National Guard in help calm tensions in Ferguson must be limited in scope, and said he would be monitoring that operation in the coming days to see whether the guard's involvement was helping or hurting.