Syrian chemical weapons destroyed by US 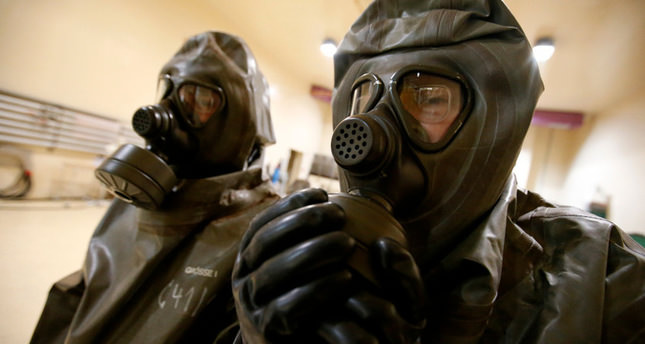 "The most lethal declared chemical weapons possessed by the Syrian regime were destroyed by dedicated U.S. civilian and military professionals using a unique American capability aboard the M/V Cape Ray," said Obama.

U.S. Secretary of State John Kerry said the neutralization of the stockpiles was completed ahead of "the one year anniversary of Assad's bone-chilling, deadly chemical weapons attack that killed more than 1,000 innocent Syrians, including so many children in the suburbs of Damascus."

Kerry raised concerns about whether Syria's regime had more chemical weapons and insisted that remaining chemical weapon production facilities should be destroyed.

"We also remain deeply concerned by reports of systematic use of chlorine gas in opposition areas," said Kerry. "Each and every one of these issues must be fully resolved."

The Syrian regime accepted a plan to remove its chemical weapons in 2013, following a regime chemical attack which killed nearly 1,500 civilians in the Ghouta suburb of Damascus in August 2013.