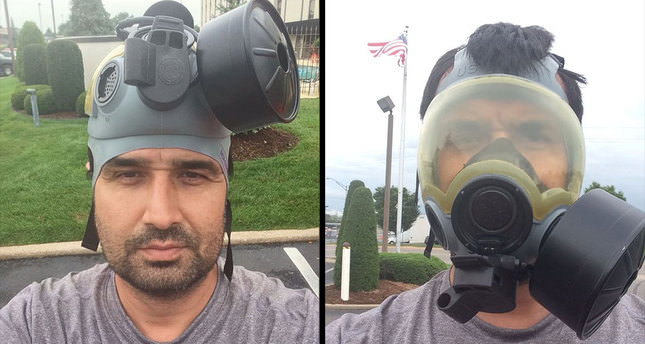 Şaşmaz was at the scene of the protests when he was violently arrested by the police who threatened to kill him if he did not stop taking photos of a police shooting rubber bullets on protestors. The photojournalist refused and continued to capture photos while the police swooped him down and handcuffed him.

He was put into a cell for five hours without questioning.

According to Şaşmaz, the protests heated up when demonstrators threw bottles at the police, which retaliated by shooting rubber bullets. "The police held me and threw me on the ground" said Şaşmaz, who noted that his clothes and camera made it evident that he was a journalist. Moreover, he stated that he yelled press to let them know that he was a journalist but the police refused to listen and about three policemen mistreated him as he was lying down on the ground, while his camera and equipment were damaged.

The US Police has received wide range criticism for violent handling of protests in Missouri while Dunja Mijatovic, OSCE's Representative on Freedom of the Media has invited American authorities to investigate the incidents in Ferguson and ensure that the media can safely work in the region to broadcast the events. Others who have been detained by the police include Scott Olson from Getty Images, German journalists Ansgar Graw and Frank Herrmann.

On the other hand, Amnesty International has condemned the US and stated that it must look at its own human rights abuses before commenting on other countries, in the wake of the protests in Ferguson.