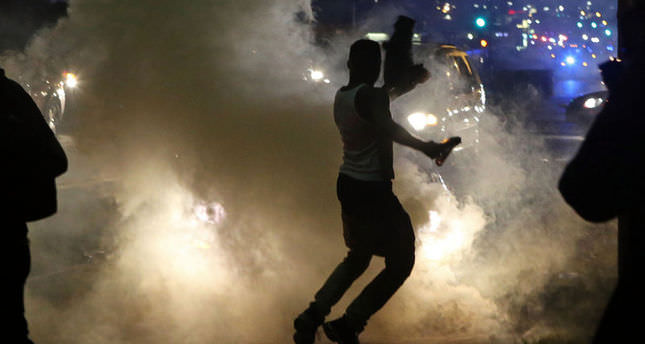 by Associated Press Aug 21, 2014 12:00 am
Gov. Jay Nixon is ordering the Missouri National Guard to begin withdrawing from Ferguson, where nightly scenes of unrest have erupted since a white police officer fatally shot an unarmed black 18-year-old.

Nixon announced what he called a systematic withdrawal of Guard officers on Thursday. He says they've effectively protected the city while other agencies worked to restore trust between law enforcement and residents.

Since the guard's arrival Monday, flare-ups in the small section of town that had been the center of nightly unrest have begun to subside. The quietest night was overnight Wednesday and Thursday, when police arrested only a handful of people in the protest zone.

Since demonstrations began after Aug. 9 shooting of Michel Brown, authorities have arrested at least 163 people in the protest area.