US attempt to rescue IS hostages in Syria failed 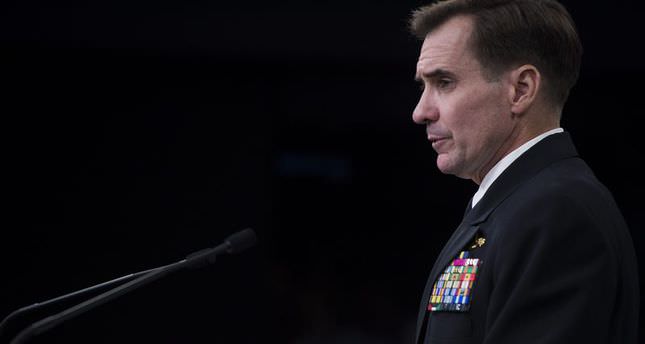 by AA Aug 21, 2014 12:00 am
A U.S. attempt to free a number of American hostages being held by Islamic State of Iraq and al-Sham (ISIS) militants in Syria failed this summer, the Pentagon admitted Wednesday.

The hostages included freelance journalist James Foley who was beheaded by the militants and the video of his death published on the Internet on Monday.

"The mission was not successful because the hostages were not present at the targeted location," said Pentagon Press Secretary Rear Admiral John Kirby in a statement. The statement said the operation focused on a particular network of hostage-takers within the militant group in Syria but operational details were not revealed.

Lisa Monaco, Assistant to the president for Homeland Security and Counterterrorism, said Barack Obama authorized the operation because at the time "these hostages were in danger with each passing day while in ISIS custody."

"The United States will not tolerate the abduction of our people, and will spare no effort to secure the safety of our citizens and to hold their captors accountable," she said.