Life in Ferguson starts going back to normal 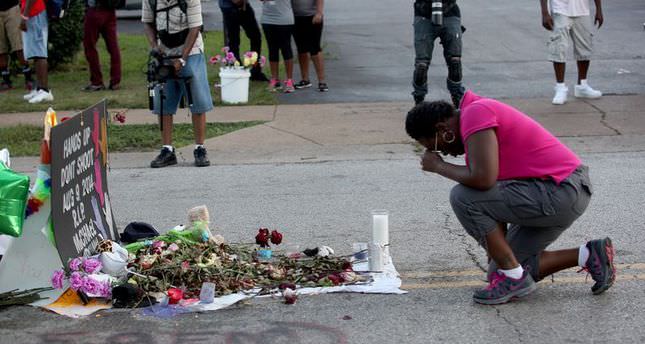 by AA Aug 22, 2014 12:00 am
A sense of normalcy is slowly returning to the restive St. Louis suburb of Ferguson as protests entered their eleventh day Thursday.

Civil unrest began the day after Michael Brown, an unarmed 18 year-old black man, was shot by Ferguson police officer Darren Wilson on August 9. Since then, generally peaceful, but sporadically violent, protests have erupted on West Florissant Avenue, just blocks from the scene of the deadly confrontation.

Michael Jacobs, the owner of Sam's Meat Market & More, which is located along West Florissant Avenue, said his shop was looted twice during protests. Basics such as water and Gatorade were absent from the store, and his liquor shelves were nearly completely bare.

"They cleaned me out," he said.

Still, Jacobs maintained that peaceful protesters are simply trying to make their point as he began to put his store back together.

Smaller groups of protesters took to the streets Thursday night to call for justice for Brown as Missouri Governor Jay Nixon said that the U.S. National Guard would begin to gradually withdraw from the city as conditions improved.

AA correspondents saw two protesters being taken into custody overnight Thursday, but that scene was an exception to otherwise well-organized and vocal demonstrations.

Missouri Highway Patrol Captain Ron Johnson joined protesters on their route-they are prohibited from standing in place-Thursday evening to listen to and address their concerns. As he walked alongside demonstrators, Johnson emphasized the need for police to more fully connect with their community.

"The people need to be in front of us, telling us how we can connect with them, telling us the stories of the things that have been done wrong," he said. "We need not sit there and make excuses, we just need to make it right and correct it."

Johnson concluded his meeting with protesters during a spirited prayer led by a pastor.

During the day, groups of people flocked to the scene of Brown's shooting, paying their respects and laying flowers at several memorials erected around the site.

Two local residents, Chris Adams and Dante, who declined to give his last name, expressed skepticism that there would be justice for Brown, saying that they thought it was unlikely that Wilson would be tried.