US determined to confront ISIS after execution of its citizen 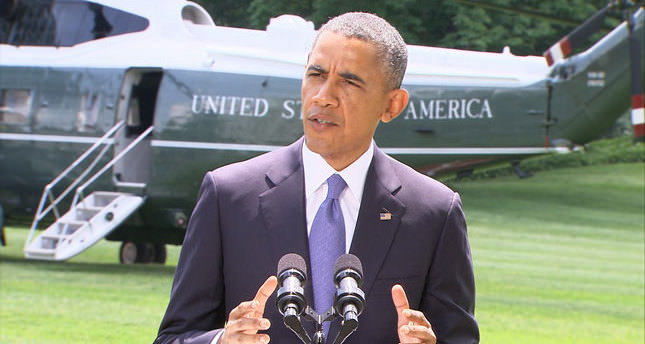 U.S. President Barack Obama stated that the U.S. will not retreat from combatting ISIS militants to remove them from Iraq, after the group brutally executed a captive and threatened to kill more U.S. citizens

On Tuesday, the Islamic State of Iraq and al-Sham (ISIS) sent a horrible warning to the U.S. by releasing a video of the execution of American journalist James Foley, captured in Syria almost two years ago. The group also stated that they will execute another U.S. journalist who has long been held captive, unless the U.S. airstrikes stop targeting ISIS in Iraq. Although the video ignited anger and fear throughout the world, U.S. President Barack Obama likened ISIS to cancer threatening the region, and indicated that the U.S. will stand firm. He said, "We will be vigilant and we will be relentless." Obama's remarks affirmed that the U.S. would not scale back its military posture in Iraq in response to Foley's killing. And at the State Department, spokeswoman Marie Harf did not rule out military operations in Syria to bring those responsible to justice, saying the U.S. "reserves the right to hold people accountable when they harm Americans. What that looks like going forward, those conversations will be happening." Since the video was released, the U.S. military has conducted 14 airstrikes on ISIS targets. Obama made a call on the world to unify against ISIS and take efforts to eradicate it.

Interpol also said the killing of an American journalist kidnapped in Syria shows the need for a coordinated international effort against the stream of foreign fighters joining extremists in the Middle East. The international policy agency said in a statement on Thursday that James Foley's death shows the "depravity" of the ISIS group in Syria and Iraq, and "highlights the ongoing plight of other innocent people across the region."

Meanwhile ISIS militants released a video yesterday, showing the conversion of the members of the ethno-religious community Yazidis. The production was issued not long after the group released a video on Tuesday showing one of its black-clad fighters beheading American journalist James Foley, sparking international outrage. According to previously released reports ISIS militants killed hundreds of Yazidis around Sinjar and thousands were trapped on Sinjar Mountain. Many countries including Turkey and the U.S. dropped humanitarian aid to the Yazidis with helicopters. While thousands of them fled to safer areas, the witnesses say there are still thousands of people who cannot move due to the ISIS threat and suffer from thirst and hunger.
Last Update: Aug 22, 2014 10:31 am
RELATED TOPICS