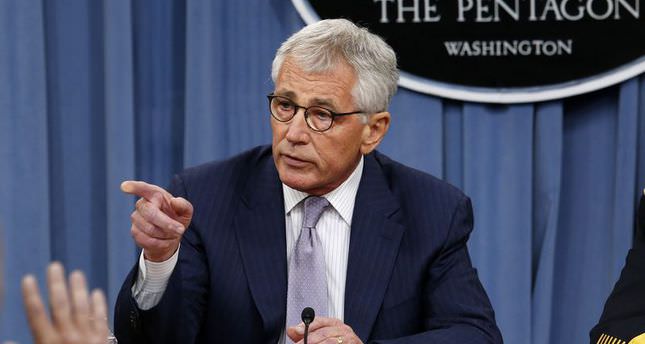 by Aug 29, 2014 12:00 am
Pentagon chief Chuck Hagel will travel to Georgia and Turkey after attending a NATO summit in Cardiff next week, as escalating conflicts in Ukraine, Syria and Iraq dominate his agenda.

Hagel will depart next Wednesday on the six-day trip that will begin with the NATO gathering in Wales, where leaders will discuss "crises in Ukraine and the Middle East, and how to strengthen the alliance for the future," Pentagon spokesman Rear Admiral John Kirby told reporters.

Hagel will then proceed to Georgia, a country that has sought membership in NATO, and that "shares our concerns about Russia's actions in Ukraine," Kirby said.

After Georgia, the US defense secretary will fly to Turkey for his first visit as Pentagon chief.

"Turkey is a key NATO ally, and given its border with Syria and Iraq, they share our deep concerns with the... regional threat posed by" ISIS militants, he added.

Before heading to Cardiff, Hagel will stop in Newport, Rhode Island, to deliver a speech at a defense industry conference.