US asks Israel to stop confiscation of W. Bank land 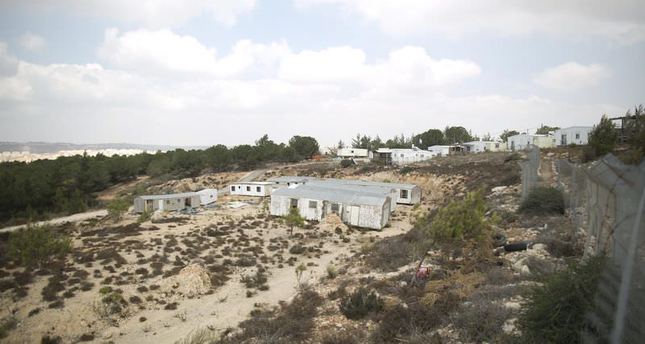 Israel Radio reported on its website Wednesday that the two officials also discussed the resumption of negotiations on a durable cease-fire in the Gaza Strip.

Netanyahu's office has yet to comment on the report.

On Sunday, Israeli authorities announced the seizure of 4,000 dunams in the southern West Bank in a move aiming, according to the leftist Israeli movement Peace Now, at expanding the Gush Etzion settlement.

The decision has drawn a deluge of international condemnation.

Since its establishment, Israel has continued to misappropriate Palestinian land in the West Bank-on which it continues to build numerous Jewish-only settlements-in breach of international law.

The official, who asked not to be named, said they would discuss a Palestinian proposal for a timetable to end the Israeli occupation of Palestinian territories.

"The Americans would be notified that if they and Israel reject the proposal, the Palestinians will go to the United Nations Security Council for endorsement," said the Palestinian official.

He added that Palestine would apply for membership in tens of international institutions and treaties, including the International Criminal Court, if the Americans used their veto power to block the proposal in the Security Council.

The roots of the current conflict date back to 1917, when the British government, in the now-famous "Balfour Declaration," called for "the establishment in Palestine of a national home for the Jewish people."

Jewish immigration rose considerably under the British administration of Palestine, which was consolidated by a League of Nations "mandate" in 1922.

In 1948, with the end of the mandate, a new state-Israel-was declared inside historical Palestine.

As a result, some 700,000 Palestinians fled their homes, or were forcibly expelled, while hundreds of Palestinian villages and towns were razed to the ground by Jewish forces.

The Palestinian diaspora has since become one of the largest in the world. Palestinian refugees are currently spread across Jordan, Lebanon, Syria and other countries, while many have settled in refugee camps in the Palestinian West Bank and Gaza Strip.

On May 15 of each year, Palestinians still commemorate the mass expulsion in 1948, which they refer to as the "nakba" or "catastrophe."

Palestinians demand the establishment of an independent Palestinian state in the Gaza Strip and West Bank, with East Jerusalem-currently occupied by Israel-as its capital.

For many Palestinians, the right to return to their homes in historical Palestine-a right enshrined in U.N. General Assembly Resolution 194-remains a key demand.