Obama to reveal US strategy against ISIS 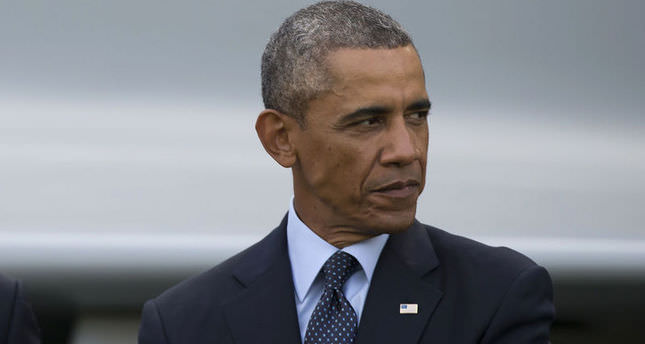 by Sep 08, 2014 12:00 am
U.S. President Barack Obama will deliver a speech Wednesday, revealing U.S.'s strategy against the self-proclaimed Islamic state of Iraq and al-Sham (ISIS).

Obama said that in his remarks on Wednesday he would "describe what our game plan's going to be." He will meet congressional leaders on Tuesday to seek their support for his strategy to halt the ISIS.

Obama indicated he did not believe he needed additional authorization from Congress to carry out the plan, although he intends to consult with lawmakers and might seek approval for additional funds.

"I'm confident that I have the authorization that I need to protect the American people," Obama said. "But I do think it's important for Congress to understand what the plan is, to have 'buy in,' to debate it."

The president, who campaigned for the White House in 2008 on getting U.S. troops out of Iraq, has struggled to articulate how he wants to address ISIS, telling reporters last month that "we don't have a strategy yet" to tackle the group.

"I'm preparing the country to make sure that we deal with a threat from ISIS," Obama said in an interview aired on Sunday with the American television broadcast NBC's "Meet the Press" program. "The next phase is now to start going on some offense," he added, promising to "defeat" the group.

Obama's comments also seemed tailored to head off the fears of some Americans and anti-war members of his own party of another full-scale war. For example, he ruled out sending U.S. ground troops to fight the militants in Iraq or Syria.

"This is not the equivalent of the Iraq war," Obama added. "What this is, is similar to the kinds of counterterrorism campaigns that we've been engaging in consistently over the last five, six, seven years.

The speech underscores the degree to which ISIS has become an urgent issue for the United States. The militants have seized territory in northern Iraq and eastern Syria, declared a border-blurring state and released videos of the beheading of two U.S. journalists it had held hostage.

Obama authorized American airstrikes in Iraq against ISIS last month and U.S. warplanes carried out strikes on the militants menacing Iraq's Haditha Dam on Sunday, which is the second-largest hydroelectric contributor the power system in Iraq behind the Mosul Dam.

A video released last week of American freelance journalist Steven Sotloff being beheaded by the militants led to fresh calls from lawmakers in both parties for a more aggressive approach.

Republicans in Congress, which returns from its summer recess on Monday, have blocked Obama proposals on a wide range of issues, but many back stronger action against ISIS. Obama, however, may face resistance from liberal fellow Democrats if they feel his plan requires too big a military commitment.

In the interview, conducted in Washington on Saturday, Obama said he wanted Americans to understand the nature of the threat and "have confidence that we'll be able to deal with it."