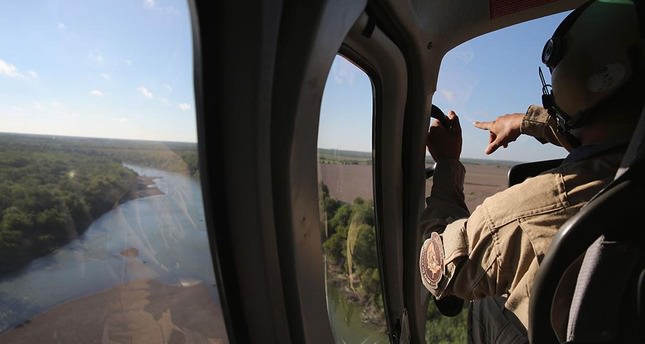 by Daily Sabah with AA Sep 11, 2014 12:00 am
There is credible intelligence to suggest that militants associated with the self-proclaimed Islamic State of Iraq and al-Sham (ISIS) plan to enter the United States via the Mexican southern border, officials from Homeland Security told Congress on Wednesday.

There are Twitter and Facebook media exchanges among ISIS sympathizers speaking about the possibility of attempting to infiltrate the U.S., said the Homeland Under Secretary for Intelligence and Analysis, Francis Taylor.

The U.S. considers the possibility of the militants' infiltration as a threat, and the intelligence as well as border security agents will prevent this attempt from taking place, according to Taylor.

Thousands of people pass through the U.S-Mexican border without getting caught, which makes the intelligence on ISIS insurgents be constituted a threat for the American people, said Senator John McCain -- the Republican presidential nominee in the 2008 U.S. presedential election -- at the hearing.

The U.S. Central Command (CENTCOM) carried out a total of 154 air strikes in Iraq against the ISIS targets until now.

President Barack Obama told Americans Wednesday he had authorized more attacks in Iraq in a broad escalation of an international campaign against the militant group.