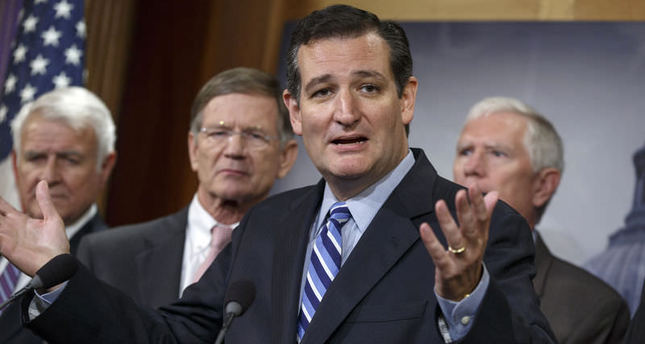 by Daily Sabah Sep 12, 2014 12:00 am
U.S. Senator Ted Cruz has been criticized and booed off stage after he delivered a biased and complimentary speech supporting Israel at a conference in Washington DC held for Arab Christians on Wednesday.

Republican Ted Cruz reportedly left the gala upon being offended by the jeering after his comments, "Those who hate Israel hate America. Those who hate Jews hate Christians."

He said that Christians residing in the Middle East have no greater ally than Israel. "Hate against Israel and Jews are against Christ's teachings," he told the audience.