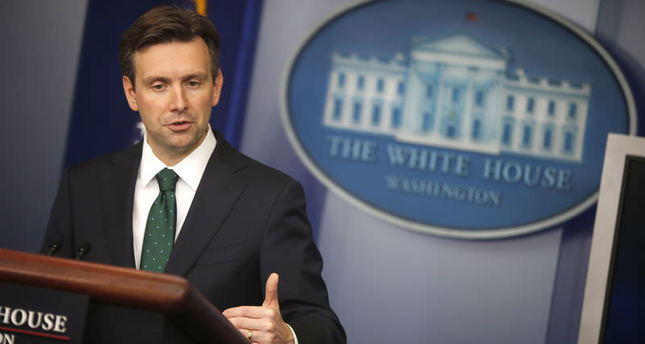 by AA Sep 13, 2014 12:00 am
As the U.S. seeks to develop international support for a military campaign against the self-proclaimed Islamic State of Iraq and al-Sham (ISIS), the Obama administration is sending mixed signals at home about whether or not it is at war with the militants.

Asked by journalists if the U.S. is at war with the ISIS, White House Press Secretary Josh Earnest said Friday that, "the United States is at war with ISIS in the same way that we are at war with al-Qaida and its al-Qaida affiliates all around the globe."

But U.S. Secretary of State John Kerry insisted Thursday that the U.S. is not at war with the terror group. "What we are doing is engaging in a very significant counterterrorism operation," he said while speaking to the CNN network.

"If somebody wants to think about it as being a war with ISIS, they can do so, but the fact is it's a major counterterrorism operation that will have many different moving parts," he said.

The apparent difference in characterization between officials may stem from constitutional regulations over the power to declare war.

Such a declaration would require congressional authorization, something that is far from guaranteed. Relations between the Obama administration and Congress have been tense, particularly with the Republican-controlled House.

Meanwhile, the administration announced Friday the appointment of Gen. John Allen to head the coalition's efforts against ISIS.