US proceeds with airstrikes in Iraq and Syria 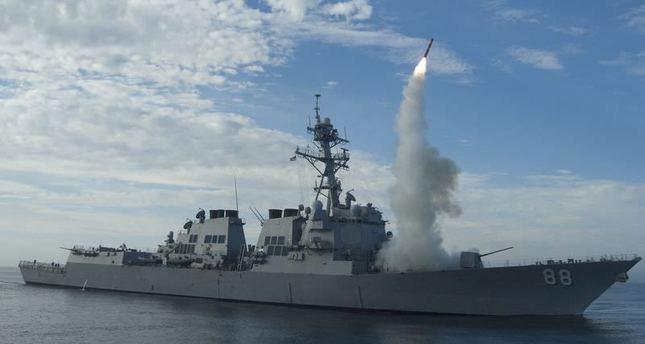 The U.S.-led anti-ISIS coalition continued pounding the group’s targets in Syria. The attacks also killed the Khorasan group’s leader as well as fighters of other al-Qaida linked groups

The U.S carried out further airstrikes on Islamic State of Iraq and al-Sham (ISIS) targets in Syria and Iraq at the beginning of the week. The Pentagon announced that four airstrikes were launched in Iraq and two additional airstrikes in Syria on Monday and Tuesday. The latest military operation of the US-led coalition brings the total number of air attacks against ISIS in Syria to 16 and in Iraq to 194.

The U.S. was assisted in its latest attacks by forces from Bahrain, Jordan, Qatar, Saudi Arabia and the United Arab Emirates. In a televised speech on Tuesday, U.S. President Barack Obama said: "The strength of this coalition makes it clear to the world that this is not America's fight alone. Above all, the people and governments of the Middle East are rejecting ISIS and standing up for the peace and security that the people of the region and the world deserve."

In a Tuesday statement, the UAE's Foreign Ministry said its air force had carried out airstrikes against ISIS targets late Monday "in coordination with forces participating in international efforts against ISIS." Bahrain also confirmed their participation against the militant Islamic ISIS in Syria. A Bahraini army source confirmed that his country, too, had launched airstrikes early Tuesday against "sites associated with terrorist groups and organizations."

In Iraq, four U.S. airstrikes conducted earlier on Monday destroyed ISIS vehicles and a fighting position southwest of Kirkuk, the Central Command said. In a statement, the Kirkuk Governorate on Tuesday said the U.S. had conducted a strike against ISIS targets in southern Kirkuk "for the first time." The U.S. has carried out 194 airstrikes against ISIS in Iraq to date.

The leader of a little-known militant group in Syria, known as Khorasan, was killed in a U.S. airstrike on Tuesday in Syria. Muhsin al-Fadhli, a Kuwaiti-born al-Qaida leader, was killed along with his wife and daughter in the raids that targeted several group sites in the northwestern province of Idlib. Caitlin Hayden, a U.S. National Security Council spokeswoman, defined Khorasan as a network of al-Nusra Front and al-Qaida core extremists. The U.S. military said the group had "established a safe haven in Syria to develop external attacks, construct and test improvised explosive devices and recruit Westerners to conduct operations."