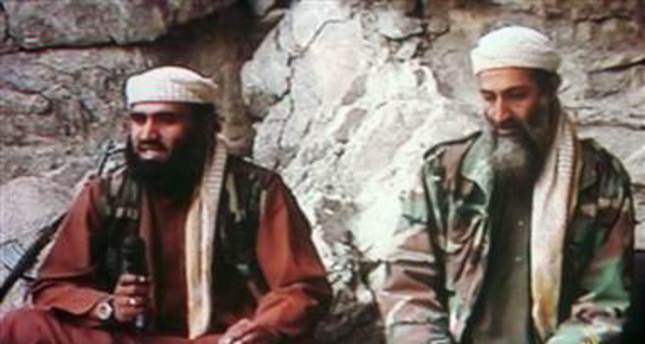 by Daily Sabah Sep 25, 2014 12:00 am
Sulaiman Abu Ghaith, a son-in-law of Osama bin Laden, was sentenced to life in prison in New York under charges of conspiring to kill Americans and and providing material support to terrorists. U.S. District Judge Lewis Kaplan imposed the sentence on Tuesday a few minutes after Abu Ghaith delivered a statement in Arabic quoting the Quran and declaring that he would not ask for mercy from anyone but God. "Today, at the same moment when you are shackling my hands and intend to bury me alive, you are at the same time unleashing the hands of hundreds of Muslim youths," Abu Ghaith said through an interpreter. "And they will join the rally of the free man." In response, Kaplan observed that Abu Ghaith had expressed no remorse for his actions and cited a video in which Abu Ghaith appeared amused by al-Qaida's attacks on Sept. 11, 2001, which killed nearly 3,000 people in the U.S. "You, sir, in my assessment, are committed to doing everything you can to assist al-Qaida in its mission to kill Americans," Kaplan said.

The Kuwaiti-born Abu Ghaith, 48, was arrested in Jordan last year and extradited to the U.S. He was allegedly the spokesman for al-Qaida, but his lawyer denied claims that Abu Ghaith was affiliated with al-Qaida.