US Air Force probed for scrapping planes bought for Afghans 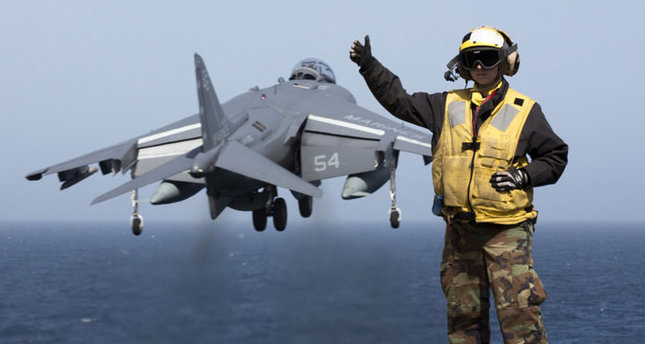 by Oct 11, 2014 12:00 am
A U.S. government watchdog agency is asking the Air Force to explain why it destroyed 16 aircraft initially bought for the Afghan air force and turn them into $32,000 of scrap metal instead of finding other ways to salvage nearly $500 million in U.S. funds spent on the program.

John Sopko, special inspector general for Afghanistan reconstruction, asked Air Force Secretary Deborah James to document all decisions made about the destruction of the 16 C-27J aircraft that were stored at Kabul International Airport for years, and what the service planned to do with four additional planes now in Germany. "I am concerned that the officials responsible for planning and executing the scrapping of the planes may not have considered other possible alternatives in order to salvage taxpayer dollars." Sopko said in a letter to James that was dated Oct. 3 and released Thursday by his office. Sopko also asked if any other parts of the planes had been sold before they were destroyed by the Defense Logistics Agency. Sopko's office has been investigating the matter since December 2013 after numerous non-profit groups and military officials raised questions about funds wasted on the planes. The U.S. government spent $486 million to buy and refurbish 20 older C-27A airplanes from Alenia, a unit of Italy's Finmeccanica SpA , but later canceled the program because a lack of spare parts was severely limiting their availability for military use. Instead, the Pentagon decided to buy four larger C-130 planes built by Lockheed Martin Corp to do the work.

Pentagon spokesman Major Brad Avots said the U.S. military decided to destroy the planes "to minimize impact on drawdown of U.S. forces in Afghanistan," but would provide more information after a review. Avots said the Pentagon and Air Force would consider various options for the remaining four planes, including possible sale to other parties. "Working in a wartime environment such as Afghanistan brings with it many challenges, and we continually seek to improve our processes," he said. He added that the U.S. military was also working to help Afghanistan "improve accountability and help instill sound financial management practices in daily operations while reducing the risk of fraud, waste and abuse." In an interview last year with NBC News, Sopko said it was unclear if the incident was criminal fraud or mismanagement, but the waste was not an isolated incident in Afghanistan. The Pentagon's inspector general has also investigated the issue, which the non-profit Project on Government Oversight calls "a shining example of the billions wasted in Afghanistan." In January 2013, the Pentagon's inspector general office said the aircraft flew only 234 of the 4,500 required hours from January through September 2012. The offices also said about $200 million were needed to buy spare parts for the planes.