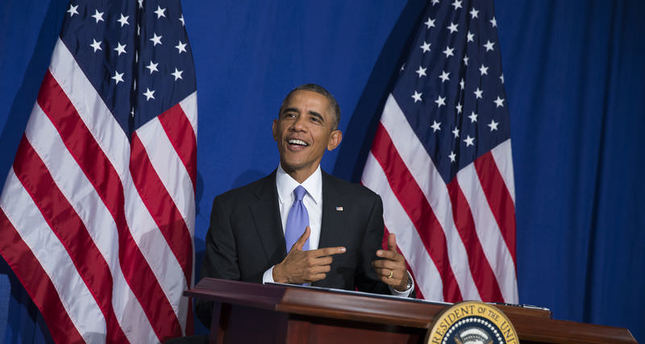 by AA Oct 18, 2014 12:00 am
President Barack Obama's credit card was declined at a New York City restaurant last month, he said Friday while signing an executive order to protect consumers against identity theft.

"It turned out I guess I don't use it enough," he said. "They thought there was some fraud going on."

The administration launched a new initiative against the growing risk of ID theft, "Buy Secure," that requires federal credit and debit cards to be outfitted with a microchip and a pin number.

"Last year millions of Americans became victims of identity theft," Obama said at the Consumer Financial Protection Bureau. "More than a hundred million Americans had information that was compromised in data breaches in some of our largest companies. And identity theft is now America's fastest-growing crime."

The president urged the private sector to embrace similar measures, noting that several retail companies have already pledged to adopt the chip-and-pin technology.

Some lawmakers fought hard against the establishment of the bureau, Obama said, but he encouraged Congress to pass a federal law to help protect consumers against ID theft.

As for the issue with the credit card at the restuarant, Obama said, "Fortunately, Michelle had hers. I was trying to explain to the waitress, you know, I really think that I've been paying my bills."