Democratic Union Party (PYD) is not the same as PKK, says US 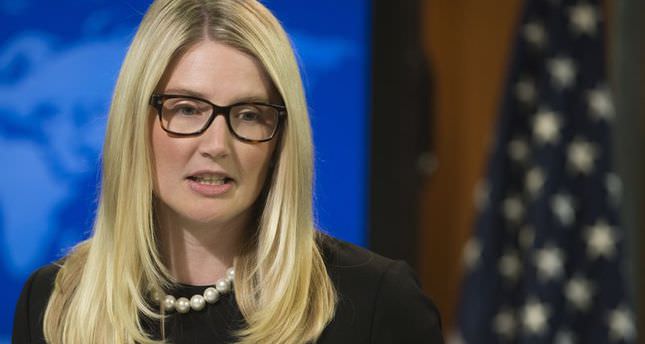 The Democratic Union Party (PYD), considered as the arm of the outlawed PKK in Syria, is not a terrorist organization for US, said deputy spokesperson for the US Department of State on Monday.

The US considers PYD and PKK as different organizations, said the deputy spokesperson Maria Harf. She said, "We've also explained to Turkey that PYD needs to be supported."

Turkish President Recep Tayyip Erdoğan had objected to weapons transfers to PYD on Sunday, saying that it is a terrorist group that is no different from the Kurdistan Workers' Party (PKK). The long-simmering conflict between Turkey and PKK killed thousands of people over decades.

The US, on the other hand, emphasizes the importance of Syrian Kurdish groups in the region in the fight against ISIS. The US approves of a tactic to consolidate relations with Kurdish factions, as President Barack Obama has refused to send troops on the ground. Also, last week the Pentagon said that the airstrikes are insufficient to beat ISIS.

Turkish Foreign Minister Mevlüt Çavuşoğlu said on Monday that Turkey is allowing Kurdish peshmerga forces to cross into the Kurdish populated Syrian border town of Kobani, which is resisting fierce attacks by ISIS for months now.