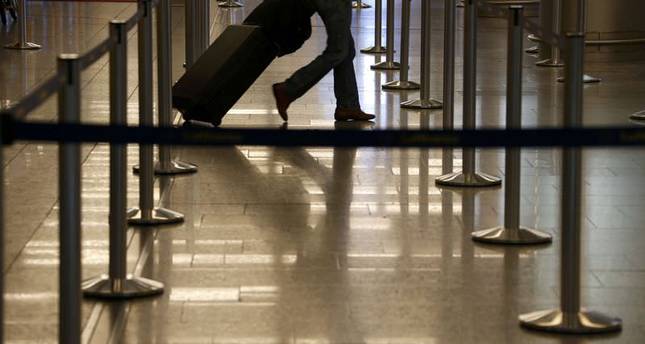 by daily sabah
Oct 22, 2014 12:00 am
NBC News has reported that three teenage American girls were stopped while seeking to join the Islamic State of Iraq and al-Sham (ISIS). They were stopped by the German police on Saturday at the Frankfurt airport at the request of their parents and the U.S. consulate. Officials say the three left Friday on a flight from Denver, through Chicago and Frankfurt, with tickets to fly on to Istanbul, Turkey. German authorities apprehended them and returned them to the U.S. on Sunday. A U.S. official said the girls are back with their parents and that no charges have been filed. According to the report, two of the girls asked for $2,000 (TL 4,488) from their parents after saying they were sick and staying home from school. They took their passports and bought plane tickets to Istanbul through Frankfurt. Two of the girls are sisters aged 17 and 15 of Somali decent, and the third is a 16-year-old of Sudanese descent from another family, Glenn Thompson, bureau chief of the Arapahoe County Sheriff's Department, whose officers took the missing persons reports on Friday, told the Associated Press.

Another official said one of the girls came up with the idea and urged the two others to come along. But officials said it is unclear whether the girls had an actual contact in Syria or were simply going to show up and volunteer. "We obviously want to know why they wanted to go to Syria," an official said. German authorities said no investigation was opened there because there was no indication of criminal or terrorist activity.