US delivers millions of dollars to Nazi war criminals 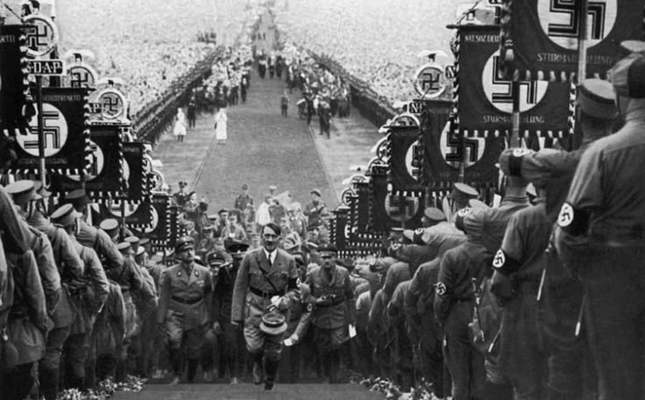 by Daily Sabah Oct 22, 2014 12:00 am
A U.S. government report has revealed that at least 38 Nazi war criminals and SS guards collected millions of dollars in social security payments after they were expelled from the U.S.

The U.S. government offered millions of dollars to at least 38 of 66 Nazi suspects in a bid to persuade them to leave the country, according to an Associated Press (AP) agency analysis. After they were removed from the U.S., the report stated that they kept their Social Security benefits as the U.S. government kept making social security payments. Of the 66 suspects, at least four are alive, living in Europe on U.S. Social Security, still collecting a social security payment.

According to AP reports, Jakob Denzinger, 90, who was one of the suspected Nazi war criminals, became an American citizen after the Second World War, was expelled from the U.S. on the condition of keeping his social security number and fled to Germany. After he had settled in Germany in 1989, the U.S. government has continued paying him around $1,500 (TL 3,361) each month.

Among the 66 Nazi suspects that benefited from the social security payments were "some armed SS troops who guarded the Nazi camp networks, a Nazi collaborator who engineered the arrest and execution of thousands of Jews in Poland and a German rocket scientist accused of using slave labor to build the V-2 rocket that pummeled London." The aforementioned former Nazis, Arthur Rudolph, a Nazi scientist and John Avdzej reportedly signed agreements that forced them to leave the country on the condition of ensuring their benefits would continue.

According to newly acquired Social Security Administration records uncovered by AP, the report reveals that "by March 1999, 28 suspected Nazi criminals had collected $1.5 million in Social Security payments after their removal from the U.S." According to the reports, the amount paid by the U.S. government reached well over a million dollars as the government continued to make payments over the last three decades.

Apart from AP's findings based on more than two years of interviews, research and analysis of records obtained through the Freedom of Information Act and other sources, U.S. aid for ex-Nazis has remained on the agenda. The New York Times released "a full unredacted version of the Department of Justice's Office of Special Investigation (OSI) report, "Striving for Accountability in the Aftermath of the Holocaust" in 2010. The OSI report revealed U.S. Recruitment of former Nazis.