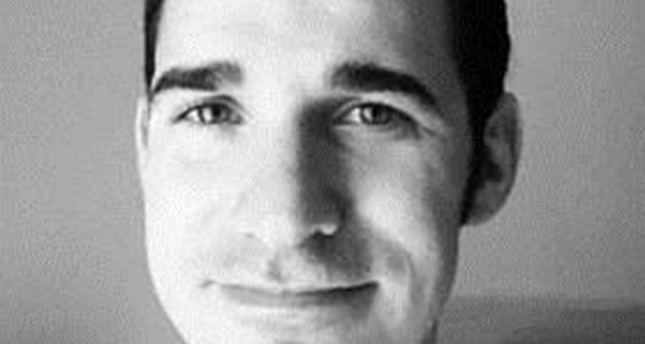 by Daily Sabah Oct 25, 2014 12:00 am
A physician working for Doctors Without Borders who was treating patients in Guinea, one of the three West African nations struggling against the Ebola epidemic, tested positive for the disease. The case becomes the first diagnosed case in New York and the fourth in the country. The arrival of the virus in the U.S. has prompted fears as how to prevent the spread of Ebola has become a significant issue in a densely populated city such as New York with 8.4 million people. After the preliminary test confirmed that doctor has the virus, the city health officials together with a specially-trained team from the Centers for Disease Control and Prevention (CDC) have managed to control the spread of the Ebola outbreak in New York City while tracing contacts of the infected patient before he was admitted to the hospital.

After displaying symptoms of Ebola like high fever, Dr. Craig Spencer, 33, was taken to Bellevue Hospital in New York City on Thursday. After he was notified about the test result, the patient has been keeping in isolation. The hospital is one of the eight New York State hospitals designated to treat Ebola patients. A specially trained CDC team reported that "the hospital has been trained in proper protocols and is well prepared to treat Ebola patients."

The doctor reportedly returned to New York City on Oct. 17 from Guinea via Europe. He had participated in the screening at the John F. Kennedy airport. However, no symptoms consistent with those caused by the Ebola virus were found on the day of his arrival in the U.S.

In response to the first Ebola case in New York, U.S. President Barack Obama offered federal support to New York including pledging more help in order to ensure proper care for the patient and safety for health workers and New Yorkers.

According to a CDC press statement issued on Oct. 23, New York began "active post-arrival monitoring of travelers whose travel originates" in Ebola-hit West African countries. "Active post-arrival monitoring means that travelers without febrile illness or symptoms consistent with Ebola will be followed up daily by state and local health departments for 21 days from the date of their departure from West Africa," the CDC reported.

The first Ebola case in the United States was seen in Dallas, Texas. Two nurses who treated him in Dallas are now recovering in a hospital. Apart from the United States, Mali, another West African country, was hit by the Ebola virus. The World Health Organization (WHO) said that Mali is monitoring 43 people who contacted the two-year-old girl infected with Ebola who recently returned from neighboring Guinea. Mali becomes the sixth West African country to be affected by the Ebola outbreak.

As the disease continues to spreading internationally, the World Food Programme (WFP) warned Friday that the Ebola epidemic could lead to a food crisis in West African countries while "disrupting food trade and markets in Guinea, Sierra Leone, Liberia and the region."