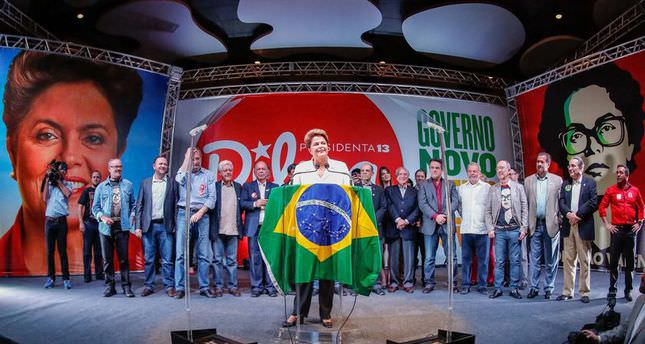 by Oct 28, 2014 12:00 am
Leftist President Dilma Rousseff vowed to reconcile Brazil, reboot the economy and fight corruption after narrowly winning reelection Sunday in the most divisive race since the return to democracy in 1985. Rousseff, the first woman president of the world's seventh-largest economy, took 51.6 percent of the vote to 48.4 percent for business favorite Aecio Neves in a run-off election. After a vitriolic campaign that largely split the country between the poor north and wealthier south, Rousseff crucially picked up enough middle-class votes in the industrialized southeast to cement a fourth straight win for her Workers' Party (PT). She will start her second four-year term on Jan.1st.