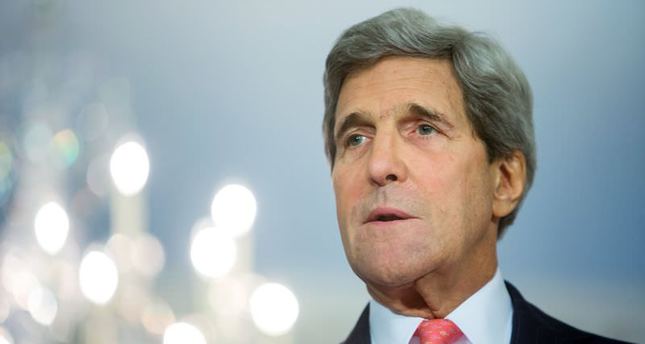 by Daily Sabah Oct 29, 2014 12:00 am
U.S. Secretary of State John Kerry congratulated Turkey on the 91st anniversary of the founding of the Turkish Republic on Wednesday.

"On behalf of President Obama and the people of the United States, I congratulate the people of Turkey as you celebrate 91 years since the founding of the Republic of Turkey on October 29," said Kerry in a statement.

Kerry emphasized the strong bond between the U.S. and Turkey saying, "As close NATO allies for over 60 years, we have worked together to promote peace and prosperity around the world. The U.S. is looking forward to continue its relationship with Turkey on a range of critical global challenges."

Republic Day is celebrated throughout Turkey each year. It commemorates the proclamation of the Turkish Republic in 1923.