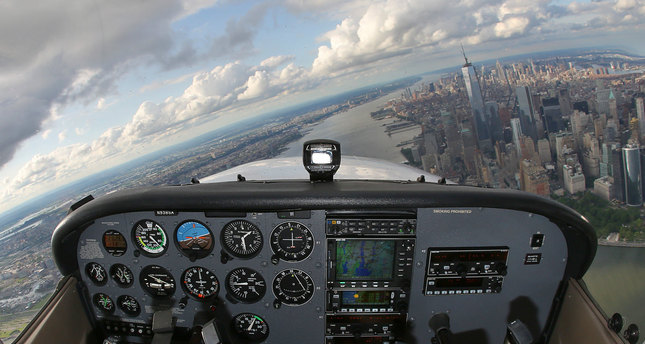 by daily sabah
Nov 14, 2014 12:00 am
According to an article recently published by the Wall Street Journal, the U.S. Justice Department is gathering data from thousands of cellphones through fake communications towers deployed on airplanes. The Justice Department is using this new technology in order to snag criminal suspects by intercepting their cellphone signals. This has left many Americans vulnerable. According to people familiar with the operation a large number of innocent people are inevitably having their signals snagged.

The operation works by planes flying overhead and intercepting cellphone signals. The planes are equipped with devices sometimes known as, 'dirtboxes' which act as cell towers of large telecommunications firms and trick cellphones into reporting their unique registration information. According to familiar sources, in a single flight thousands of cellphones can be identified and information on their general location can be determined.

The government would previously have had to ask companies for information about their cellphone towers, but now they can obtain this information directly. Apparently there is no need for a court order to obtain this information. However, information gathered on innocent people is not being kept and discarded in a timely fashion. A federal appeals court ruled earlier this year that over-collection of data by investigators, and stockpiling of such data, was a violation of the Constitution.