Obama: 'No sympathy' for Ferguson rioters 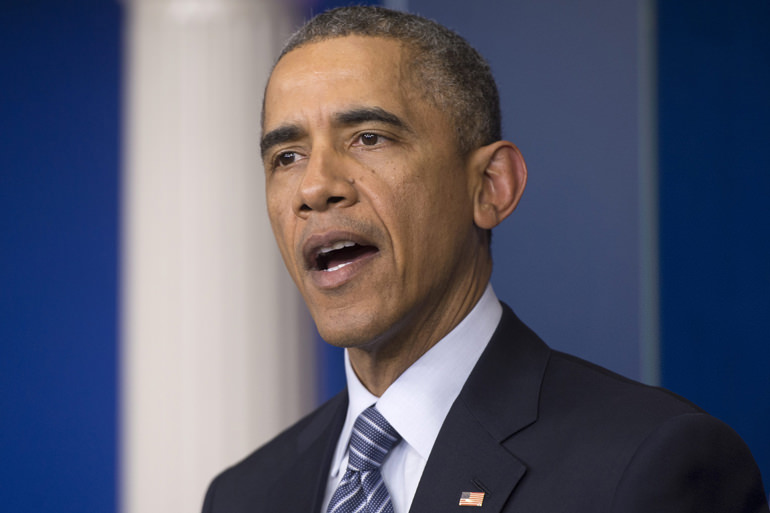 by Anadolu Agency
Nov 26, 2014 12:00 am
U.S. President Barack Obama said on Tuesday that there was "no excuse" for "burning buildings, torching cars, destroying property," in the aftermath of a grand jury's decision in Missouri.

The president was scheduled to address immigration policy during his speech in Chicago but instead began with the protests in Ferguson and across the United States.

It was a decision that "upset a lot of people," Obama said.

Some Ferguson businesses were looted, including a chicken restaurant, a furniture shop and a drug store, following the announcement of the grand jury's decision.

"I do not have any sympathy for that. I have no sympathy at all for destroying your own communities," the president said. "But for the overwhelming majority of people who just feel frustrated and pain, because they get a sense that maybe some communities aren't treated fairly or some individuals aren't seen as worthy as others, I understand that." Obama said.

According to an Anadolu Agency reporter at the scene, St. Louis police used excessive amounts of tear gas to disperse hundreds of protesters on the streets of Ferguson.

No decision has been made about the future of Officer Darren Wilson with the Ferguson Police Department following the grand jury's decision, Ferguson Mayor James Knowles said.

Wilson has been on paid administrative leave since the August 9 shooting of Brown and remains on leave pending the completion of an internal investigation, Knowles told a news conference.