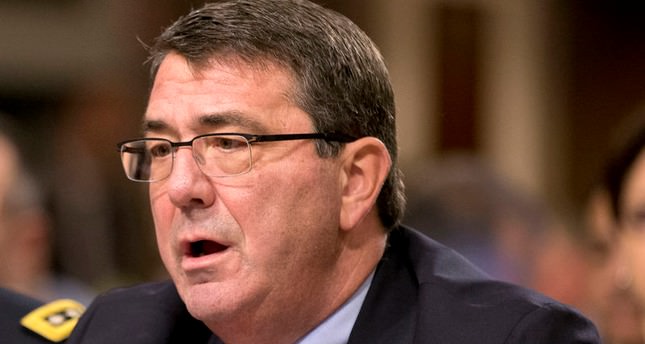 Sen. Jim Inhofe says he was informed of the decision early Tuesday.

Inhofe, the top Republican on the Senate Armed Services Committee, says he supports the choice of Carter to lead the Pentagon "very strongly."

Other names have been circulated as a possible replacement for Hagel, including former Navy Secretary Richard Danzig and Kurt Campbell, a former Assistant Secretary of State for East Asian and Pacific Affairs who now heads the Asia Group, a strategy and capitol advisory group.

Homeland Security Secretary Jeh Johnson, a former general counsel at the Pentagon who had been believed to be under active consideration, took himself out of consideration, according to a source familiar with the situation.

Carter was the No. 2 official at the Pentagon from October 2011 to December 2013. Previously, he was the Pentagon's chief arms buyer.

He also served as assistant secretary of defense for international security policy under President Bill Clinton.

Carter has bachelor's degrees in physics and medieval history from Yale, a doctorate in theoretical physics from Oxford University, where he was a Rhodes scholar, according to the Pentagon website.

Hagel resigned under pressure last week after less than two years at the helm of the Defense Department.