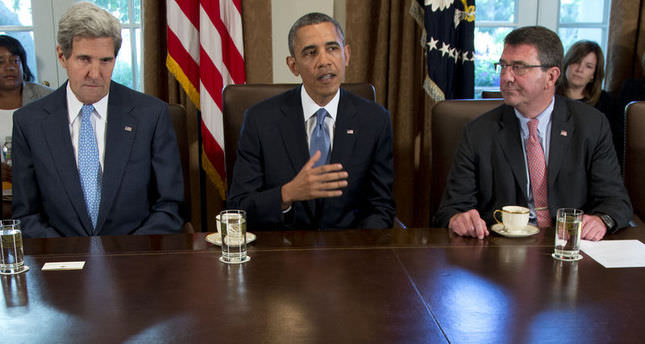 by Associated Press Dec 05, 2014 12:00 am
President Barack Obama is calling Ashton Carter one of the foremost national security leaders as he nominates him as U.S. secretary of defense.

Carter was deputy defense secretary from 2011-2013 and previously was the Pentagon's technology and weapons-buying chief.

Obama says Carter knows the Pentagon "inside and out," which means "on day one, he'll be ready to hit the ground running."

Carter would replace Chuck Hagel, who resigned last month under pressure from the president. He is staying on until his successor is confirmed by the Senate.

Hagel did not attend the announcement. But Obama quoted Hagel's praise for Carter when Carter left the Pentagon a year ago.