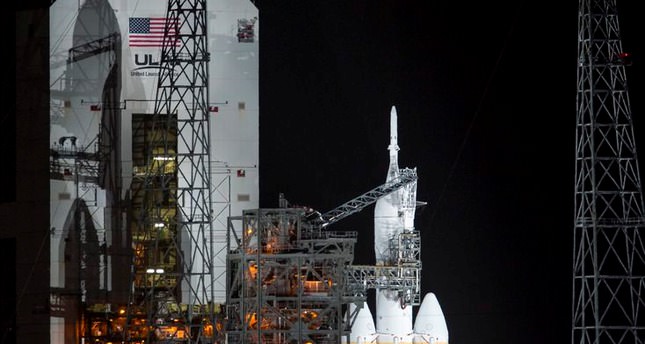 by Dec 05, 2014 12:00 am
NASA's unmanned Orion space capsule splashed down in the Pacific Ocean off Baja California on Friday following its first flight test, the US space agency said.

"There is your new spacecraft, America," NASA commentator Rob Navias said, as live aerial images showed the capsule floating toward the water aided by three parachutes.

Orion splashed down in the Pacific four hours and 24 minutes after launch from Cape Canaveral, Florida, NASA said.

Navias described the test flight as "picture-perfect" and "a significant milestone for America's space program."

Flight controllers said the vehicle was in stable condition and would soon be retrieved from the waters by a team that includes NASA, the US Navy and Lockheed Martin.