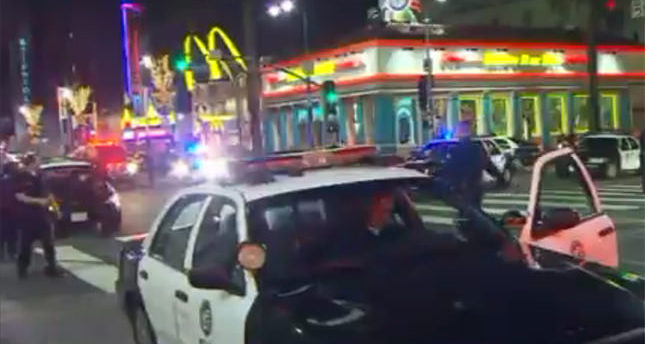 The incident took place in a busy street near Hollywood's Walk of Fame, where there were lots of tourists.

Some witnesses who were at the scene claimed that the suspect was unarmed.

The man was immediately brought to the hospital but died from critical injuries.

Videos and photos of the incident shared on social media sites created controversy as thousands of protestors take it to the streets to demonstrate against police brutality in the U.S.