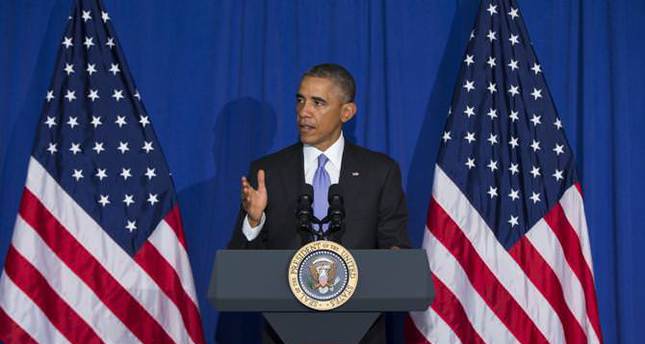 The mistreatment and killing of black citizens by white police officers has a long history in the U.S. Americans have long witnessed the killing of black people and the injustice that comes with it. U.S. President Barack Obama said that racial bias toward black Americans "is deeply rooted in American society and history," explaining that race relations in the U.S. has improved over the last 50 years, but still persistent.

"When you're dealing with something as deeply rooted as racism, or bias, in any society, you've got to have vigilance but you have to recognize that it's going to take some time," Obama said in an advance release of an interview broadcasted on the BET television network on Monday. "If you talk to your parents, grandparents, uncles, they will tell you that things are better. Not good in some cases, but better," he added, stressing the need for further progress to eliminate racial bias.

Thousands of people have been protesting for the last two weeks to call for justice and equality for all groups within American society against excessive use of force by the police. "[The protests] are about a criminal justice system in which police killings of people, and the limited available data suggests, particularly young black men, are all too frequent and hardly ever prosecuted or sanctioned; a system that many African Americans feel, often with good reason, disproportionately targets them for arrest and prosecution," said Human Rights Watch (HRW) on December 4.

Despite black citizens being the victims of police brutality, the U.S. justice system has yet to sentence police officers responsible for the killings of young black Americans. The white policeman responsible for the death of Eric Garner was not indicted by a grand jury. This was the second grand jury decision in just over a week that declined to prosecute a white officer in the death of an unarmed black man.

Garner died after a New York police officer put him in a chokehold during an arrest. A New York grand jury decided on Wednesday to not charge the white police officer, Daniel Pantaleo, who applied the chokehold as police tried to arrest Garner in July 17 in the New York borough of Staten Island on suspicion of illegally selling single cigarettes.

After the long criminal inquiry into the police shooting of an unarmed black teenager, the grand jury decided on November 24 not to indict the white police officer, Darren Wilson in the death of Michael Brown. Many people were angry with the jury's decision and the tension flared up again in the streets of the riot-struck U.S. town of Ferguson, a suburb of St. Louis. Public anger in the U.S. has led to violence and spread other U.S. cities receiving worldwide attention.

In addition to the Ferguson case, an Ohio police shooting of a black child, Tamir Rice, 12, on November 17, has angered many U.S. cities, sparking conversation of the racial discrimination that has long existed in the U.S.