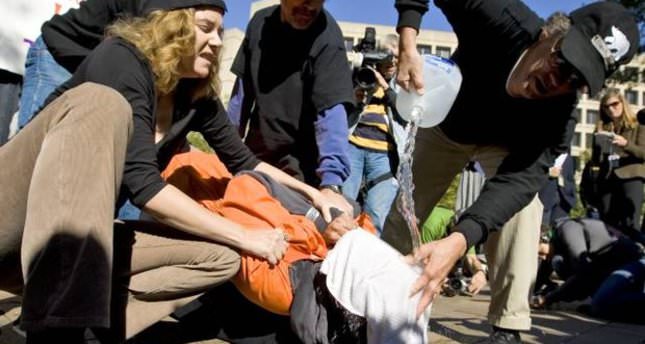 The day before Human Rights Day, the U.S. released a report on inhumane torture methods used by the CIA. Yet, U.S. officials, including Justice of Minister seem reluctant to investigate the allegations

After a U.S. Senate report was released on Tuesday, it became clear that the CIA misled the White House and the public about the extent to which it was torturing inmates after Sept. 11, 2001. The 500-page report, a summary of a 6,200-page review of 5 million CIA documents, argues that the CIA lied about the explicit details of its common practice of "enhanced interrogation" – the politically correct term for brutal, ruthless torture. The report took years to compile and was the first public accounting of torture tactics post 9/11.

The facial slap, the abdominal slap, cramped confinement, wall standing, stress positions, the use of diapers for prolonged periods, the use of insects and water boarding are all interrogation techniques that were approved in 2003 by George Tenet, former head of the CIA from 1997-2004. Tenet approved these tactics months after they were used on detainees.

The report revealed even more horrific torture techniques that were used on detainees. According to the report, there were threats to harm the families of at least three detainees, including sexually abusing the mother of a detainee and cutting her throat, approving the use of insects against a detainee placed in a confinement box and sleep deprivation for up to 180 hours -- at times with the detainees' hands shackled above their heads. Gul Rahman was a prisoner who died from hypothermia because "he was forced to sit on the bare concrete floor without pants."

As civil rights activists called for accountability, the U.N.'s special rapporteur on human rights and counter-terrorism, Ben Emmerson, said the report revealed a "clear policy orchestrated at a high level within the Bush administration" and called for the prosecution of U.S. officials, including those from George W. Bush's administration. "It is now time to take action," he said in a statement from Geneva. "The individuals responsible for the criminal conspiracy must be brought to justice and must face criminal penalties commensurate with the gravity of their crimes." He said because the policies were authorized at a high level within the U.S. government is all the more reason for criminal accountability.

Meanwhile, the U.S. Justice Department decided it was unnecessary to re-open an investigation into the CIA's treatment of its inmates, affirming that they have "reviewed the committee's full report and did not find any new information that they had not previously considered in reaching their determination."

Transparency is a difficult game for the United States to play. Amnesty International Americas director Erika Guevara Rosas said: "This is a wake-up call to the USA, they must disclose the full truth about the human rights violations, hold perpetrators accountable and ensure justice for the victims. This is not a policy nicety, it is a requirement under international law."

President Barack Obama indicated that America should focus more on the future than the past. "I hope that today's report can help us leave these techniques where they belong— in the past," he said in a statement, without commenting on the need for an investigation or prosecution.

Obama said the release of the report was important "so that we can account for it and hopefully make sure that we don't make those mistakes again." However, Antony Romero, executive director of the American Civil Liberties Union, said that if Obama granted formal pardons to Bush administration officials, that would send a signal that torture could occur in the future. "Either you prosecute those who committed the torture or you grant the pardons," he said, adding, "You don't pretend that the people who broke the law are not criminals."

Even though Obama demolished the enhanced interrogation techniques in 2009 when he was elected, the structure of Bush's national security remains in place, including the U.S. detention center at Guantanamo Bay in Cuba, which was established in 2002 by the Bush administration to hold detainees during the so-called "War on Terror." Most of the detainees, who were mostly from Afghanistan, the Middle East and South Asia, were never charged with a crime and were merely there on the basis of suspicion and for caution.

In 2003, the Pentagon approved the use of "physically and psychologically stressful methods" on detainees. Journalists and human rights groups have been trying to reveal the atrocities and conditions behind the walls of Guantanamo's military camp.

Former British Guantanamo Bay inmate, Moazzam Begg, said, "I don't think it will be teaching us anything we didn't already know," Begg told Reuters, regarding the report. "It doesn't make anything better."