Former guard: Guantanamo continues to be a torture center 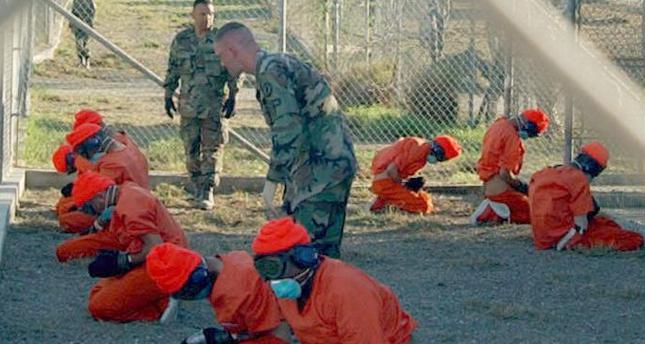 President Obama promised to shut down the Guantanamo Bay detention camp when he was elected to his first term. Yet the prison still remains open and despite promises, torture continues, according to a former guard

The Senate Intelligence Committee, after a six-year examination of CIA documents, released a 480-page summary of its 6,200-page report that examines torture methods used to interrogate al-Qaida suspects held in secret prisons in Europe, Asia and the Middle East.

The report made it clear that not only is torture ineffective for gathering reliable information but also that no actual intelligence was gathered through torture. Speaking to Daily Sabah, former Guantanamo Bay detention camp guard, Brandon Neely, said the reason behind this is most of the people who are detained are actually innocent.

Neely, who served six months as a guard at the Guantanamo facility, said that despite the report, torture continues.

After the interrogations, most of them would come out with serious bruises. Some of them had to be hospitalized. Once I witnessed them asking a female guard to come and punch a detainee. The torture still continues in Guantanamo and it will because there are innocent people who are still locked up there. Even that means the torture will go on. I have friends, former guards from Guantanamo who served past years who say that torture goes on. I speak out and more will speak out but most of them are afraid to be labelled a traitor. Also, some of them think that they serve their country. We sign a statement when we leave Guantanamo promising not to talk about anything that happened there. This report is not enough; a full military torture report should be conducted. You can't just come out with all the information and say that you are sorry, people who are responsible should be prosecuted."

Speaking to Daily Sabah, a law professor at the University of San Francisco, Peter Jan Honigsberg said that after this report, if the U.S. does not take action, it will not be in a position to talk about human rights.

"People who broke the law should be prosecuted. America always showed itself for being a leader in human rights. Many of the detainees we have interviewed told us that before being captured they always looked up to the U.S. as the country that is leading the way in human rights. They say they were very disappointed with what happened because they believed in the U.S. The U.S. can't go around saying that they are the leader of human rights when they torture people. If the U.S. wants to go back as a leader of human rights, they need to prosecute those who have committed crimes so the U.S. can say we do not support those people. If we don't prosecute those people, we cannot stand up and say we believe in rule of law and human rights. [President Barack] Obama made it clear that he is not going to make any difference. He even called people who authorized torture 'patriots.' So under his presidency nothing is going to change. He didn't give any signals that he will."

Honigsberg, who interviewed more than 100 former Guantanamo detainees and as a founder of the Witness to Guantanamo project, said that Guantanamo is different than other CIA black sites.

"I will tell you that Guantanamo is not the same as CIA black sites around the world. A lot of torturing in Guantanamo is different than the report says. What we get from the interviews with the detainees is Guantanamo is more like a psychological prison. Physical torture in Guantanamo is not the same as what happened in Afghanistan. Sometimes it is a lot worse – there was a lot of isolation, a lot of sleep deprivation. Even though there were physical beatings in Guantanamo, it was not quite like the other sites. Guantanamo has a different approach to detainees. Most men suffered horrific physical abuse before they even came to Guantanamo. Psychological abuse would include long periods of isolation. Studies show that people who experience more than 15 days of isolation have problems going back to their normal state. People in Guantanamo were isolated sometimes more than 15 days. One detainee friend said to him after he leaves Guantanamo that they don't see any physical scars and he said they were all mental.

Not to say that Guantanamo doesn't have physical abuse, but a lot of it is physiological. Sometimes they were beating people for no reason just to keep them off guard, off balance, so they wouldn't know moment to moment what would happen to them. Beatings were not severe, but not knowing who will come and when they will beat you cause you become fearful. And that's what they want. They want people to be afraid all the time."