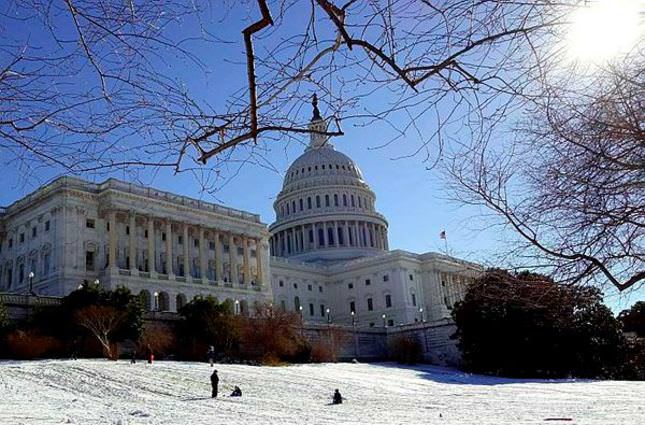 by Jan 15, 2015 12:00 am
An Ohio man claiming sympathy with the self proclaimed Islamic State of Iraq and Sham (ISIS) militants was arrested and charged on Wednesday in connection with a plot to attack the U.S. Capitol with guns and bombs, court documents disclosed.

Christopher Cornell, 20, of Cincinnati, had researched the construction of pipe bombs, purchased a semi-automatic rifle and 600 rounds of ammunition and made plans to travel to Washington to carry out the plot, according to an FBI informant's legal testimony.

Court documents showed that Cornell indicated on Twitter that he supported the self proclaimed Islamic State group under the alias Raheel Mahrus Ubaydah.

According to the documents, in instant messages sent to the undercover FBI informant, Cornell indicated that while he did not have support to conduct an attack on behalf of any group, "we already got a thumbs up from the Brothers over there and Anwar al Awlaki before his martyrdom and many others." Awlaki was killed by the United States in Yemen in 2011.

Meeting with the informant in November, Cornell said he considered members of Congress to be his enemies, and he outlined a plan to place pipe bombs at and near the U.S. Capitol and use firearms to kill employees and officials inside, according to the documents.

The suspect's father, John Cornell, told CNN he thought his son "was coerced into a lot of this."

"There is no way he could have carried out any kind of terrorist plot," John Cornell said.

Federal Bureau of Investigation Acting Special Agent in Charge John Barrios noted that the public was not in danger during this investigation.

Ohio U.S. Republican Senator Rob Portman praised the FBI and other law enforcement agencies for their work "to thwart this potential terrorist act. It is an important reminder of the very real threat that radical Islam continues to pose to the homeland."

The U.S. Capitol Police said they had worked with the FBI on the case.

Cornell has been charged in a federal court in Ohio with attempting to kill a U.S. government officer and possession of a firearm in furtherance of an attempted crime of violence.