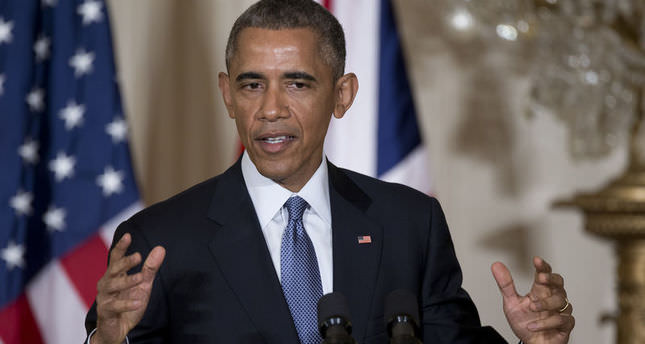 by Compiled from Wire Services Jan 16, 2015 12:00 am
Europe must do more to better integrate its Muslim communities, and not "simply respond with a hammer," US President Barack Obama said Friday in the wake of last week's terror attacks in France.

"Our biggest advantage, major, is that our Muslim populations -- they feel themselves to be Americans," Obama told a joint press conference with British Prime Minister David Cameron.

"There are parts of Europe in which that's not the case. And that's probably the greatest danger that Europe faces... it's important for Europe not to simply respond with a hammer and law enforcement and military approaches to these problems."

Obama warns of the "likelihood of the entire negotiations collapsing" if new sanctions are implemented in the next few months as negotiations continue.

British Prime Minister David Cameron, who met Friday with Obama, says he has also reached out to US lawmakers asking them not to push forward with their plans of fresh sanctions.