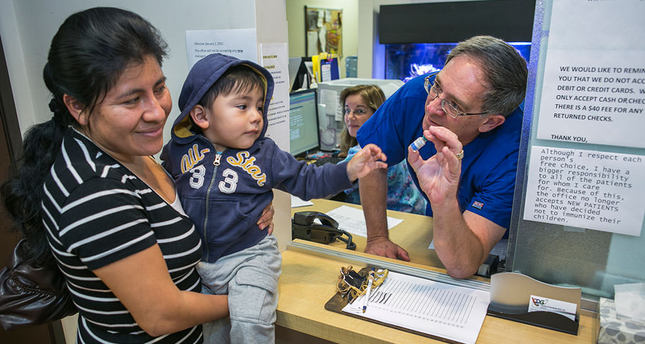 by Jan 30, 2015 12:00 am
The number of measles cases reported in the United States since the beginning of the year has been higher than the average annual number of cases reported from 2001-10, US health authorities said on Thursday.

Since the start of the year 84 people have contracted the measles virus, said a Centers for Disease Control and Prevention (CDC) official during a conference call. That compares with an average of 60 cases of measles per year in the 2001-10 time span.

"It is only January and we've already had a very large number of cases," said Dr Anne Schuchat, director of CDC's Center for Immunization and Respiratory Diseases.

Officials said the cases were recorded in 14 US states, but didn't name them.

Measles, which typically begins with fever, cough, runny nose and red eyes, was declared eliminated from the US in 2000, but the airborne virus is frequently brought back to the US when unvaccinated individuals travel to countries where the disease is active.

Of the 84 confirmed cases of measles so far this year, 67 cases are linked to a December outbreak at Disneyland in Anaheim, California, Schuchat said.

The CDC was unable to confirm the source of the outbreak, but assumes someone became infected overseas and spread it to others.

The upswing in measles has been linked to growing refusal by parents to have their children immunized.

"The news this year is concerning and serves as a warning," Schuchat said. "Outbreaks are much harder to control when numbers of people have not been vaccinated."

The CDC recommended making sure adults and children receive the measles mumps and rubella vaccine as instructed. It also said everyone should check their vaccine records before traveling overseas, especially to countries with recent measles outbreaks, including Indonesia, Azerbaijan, India and United Arab Emirates.