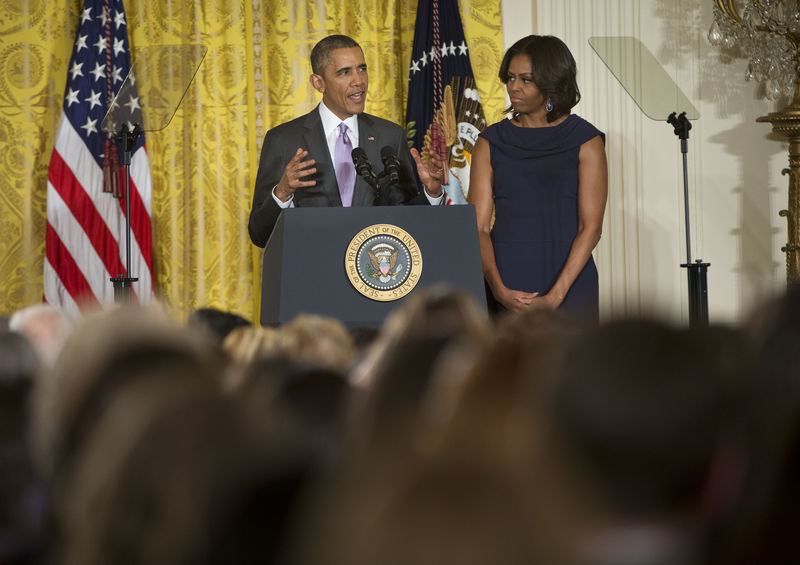 Israeli PM Netanyahu’s controversial speech in U.S. Congress on Iran, which was made at a time when U.S.-Israel relations have chilled was expectedly unwelcomed by both Iran and the Obama administration

Israeli Prime Minister Benjamin Netanyahu's controversial speech in the U.S. Congress, which focused mainly on Iran's nuclear program, received criticism from the U.S. President Barack Obama, as well as Iranian officials, on Tuesday. "As far as I can tell there was nothing new. On the core issue, which is how do we prevent Iran from obtaining a nuclear weapon, which would make it far more dangerous and would give it scope for even greater action in the region," said the U.S. President about Netanyahu's speech.

"The prime minister didn't offer any viable alternatives," Obama added from the Oval office. The Obama administration has been putting efforts in solving Iran's nuclear issue through diplomatic negotiations. However, Israeli PM has been criticizing the U.S. President for his stance on the issue. "This is a bad deal. It's a very bad deal. We're better off without it," said Netanyahu with regards to the deal discussed through diplomatic negotiations, during his speech which he addressed both houses of Congress.

Iranian government also responded to the speech saying it was 'boring and repetitive' according to the state news agency, IRNA. Iran's Vice President Massoumeh Ebtekar said "Netanyahu was trying to derail the negotiations. I don't think it carries much weight. Well, they're [Israeli government] making their efforts to somehow derail the deal. But I think the more logical lobbies in both sides are looking forward to a solution."

A large crowd of Orthodox Jews organized a demonstration before Netanyahu's speech in front of the Israeli Embassy in New York. More than a thousand demonstrators chanted slogans against Netanyahu and his policies. "We are here today to proclaim that the state of Israel cannot talk in the name of Jews," said Rabbi Aron Jacobowitz, spokesperson for the Central Rabbinical Congress, the coalition that organized the gathering. He added that Netanyahu's remarks were aimed at 'igniting war and fueling fire' and that his policies were destructive for Jewish people and the world. Rabbi Jacob Kellmer, one of the protesters, said Netanyahu outraged millions of Jews by "avoiding" Obama and "going to the Congress to instigate it against the president." "We, millions of Jews, were hurt by what he just said in the Congress. We came out to protest to say he cannot talk in the name of all the Jews," he said.

Netanyahu's speech was seen as a breach of diplomatic protocol, as his invitation by the House Speaker John Boehner was not consulted with the White House. Obama rejected attending the Congress meeting, saying that it was not a right decision two weeks ahead of the Israeli elections on March 17. Many Democrat members of the Congress also did not approve of Netanyahu's decision and sat out during the speech.

After returning Israel, Netanyahu said "I proposed a practical alternative at my speech in Congress, one that on the one hand prolongs by years the time it would take Iran to break out to a nuclear weapon, if it decides to breach the agreement, by imposing tougher sanctions. It also proposes not to automatically lift sanctions on Iran, until it stops spreading terrorism in the world, its aggression against its neighbours and its threats to annihilate Israel."

The strained relations between the Israeli PM and the U.S. President have also surfaced through the recent American public opinion polls, as well as the widening division and rivalry among the Republican and Democrat members of the Congress.

The relations between Israel and the U.S. are in an unprecedented era as it has become visible that the two countries are disappointed with each other's some policies. "Relations with Israel have not always been excellent, but I think any observer would argue they've never been worse," said the Republican Arizona Senator John McCain on February 1 on CNN's "State of the Union." The harsh criticism by McCain has come after the White house announced that neither the Obama nor the Secretary of the State, John Kerry, will meet Netanyahu during his visit. Netanyahu accepted the invitation by the U.S. House Speaker, John Boehner, to address a joint meeting of the House and Senate with a speech on March 3, two weeks before the Israeli elections on March 17. However, neither Boehner nor Netanyahu consulted the White House about Boehner's invitation to
Netanyahu to the joint meeting, where the possibility of new sanctions on Iran will be discussed, which was translated as a breach of the traditional diplomatic protocol. Netanyahu's acceptance received criticism from the Obama administration, which accused him of putting politics before the relations of two strong allies, and furthering tensions in the already strained relationship. The White House has announced that President Obama will not meet the Israeli prime minister two weeks before the Israeli elections. "We want to avoid even the appearance of any kind of interference with a democratic election," said White House spokesman Josh Earnest according to Washington Post.

The rising tensions between the two historically allies' leaders, which have surfaced recently, has resulted from a serious of diplomatic confrontations which has contributed to the souring of the relations. In addition, it is no secret that Netanyahu and Obama have not been the closest friends, as one would expect from the leaders of the states that are such strong allies.

In 2009, Obama's Cairo speech, which he gave during his Middle East tour in an attempt to build relations with the Muslim community, could be pointed to as the spark which ignited tensions between the U.S. President and Israeli PM. Obama said that the U.S. 'does not accept the legitimacy of the continued Israeli settlements' on the Palestinian lands that were occupied during the Six-Day-War in 1967. Such remarks were not received well by the Israelis, as the issue is one of the most sensitive in the region raising tensions specifically for the Israelis and also the Middle East in general. After these remarks, Israel's decision to build settlements in East Jerusalem during the U.S. Vice President Joe Biden's visit in 2010, stirred the boiling pot even further. Joe Biden questioned the decision, but was left unanswered as Netanyahu refused to take the blame for the illegal settlements. The tension that had been prompted by the Cairo speech resurfaced during Netanyahu's visit in March 2011 when he tried to put forward his discomfort with Obama's comments on the 1967 borders, embarrassing the U.S. President.
Last Update: Mar 04, 2015 11:56 pm
RELATED TOPICS