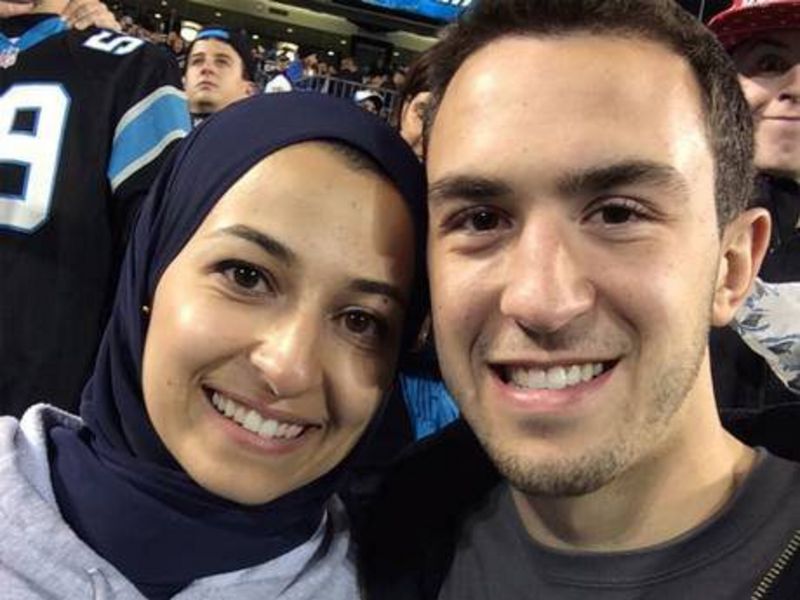 by Anadolu Agency Mar 13, 2015 12:00 am
A fundraising campaign to provide dental care for Syrian refugee students launched by one of three Muslim students slain last month in the state of North Carolina has raised more than half a million dollars.

As a dental student at University of North Carolina, Deah Barakat, 23, launched the "Refugee Smiles" project last summer to help Syrian refugee children in Turkey. Before his murder on Feb. 10, he managed to raise about $15,000 on youcaring.com.

"Have you ever felt helpless for the situation in Syria and felt like you cannot do anything about it? Here is your opportunity to help. This summer, I am embarking on a trip to Turkey with 10 dentists to help Syrian refugee students who are in need of urgent dental care. We'll be doing extractions, fillings, treat canals and all hygienic instructions to those most in need," he said in a YouTube post.

He asked for contributions, including medical materials as well as toothbrushes and toothpaste.

Only three days after being murdered execution style along with his wife Yusor Mohammad and her sister Razan Mohammad, donations to Barakat's project jumped to $300,000, and on Wednesday contributions surpassed $510,000.

Barakat's family and the Syrian-American Medical Society, or SAMS, which was a contributor to the project, decided to convert the campaign into a foundation as donations have eclipsed its initial goal of $20,000.

"We are planning to expand the trip to help with refugee needs in addition to dentistry," SAMS said in a statement. "The remaining funds not spent on the Syrian Dental Relief mission will go to support the ?Our Three Winners Trust,' which has been dedicated to Deah, Yusor, and Razans' spirit of giving."

The trust has been established by the victims' families and will be used to fund education and community service projects in the years to come, according to the statement.

"My brother was looking forward to going to Turkey this summer," Faris Barakat, Deah's older bother told The Anadolu Agency, noting that his family would like to make something permanent in the memory of his slain brother.

"We won't just help during one year and forget about these people," he said. "We are strategizing, we are working, we are in talks and working with the United Muslim Relief and other organizations to help set up the logistics on the ground."

He added that Our Three Winners Trust will use the donations to set up the foundation and spend the remainder on communities in need, on an annual and a perpetual base.

The Turkish government and many Turkish organizations have also contributed to the project, he said.

"I'm definitely planning to be in Turkey this year," he said. "There are many who are planning to go there and help Syrians there although they have nothing to do with dentistry."

He said a group of Turkish volunteers told the trust that they have established a clinic in Deah's name where they voluntarily treat Syrian refugees.
Last Update: Mar 14, 2015 5:36 pm
RELATED TOPICS