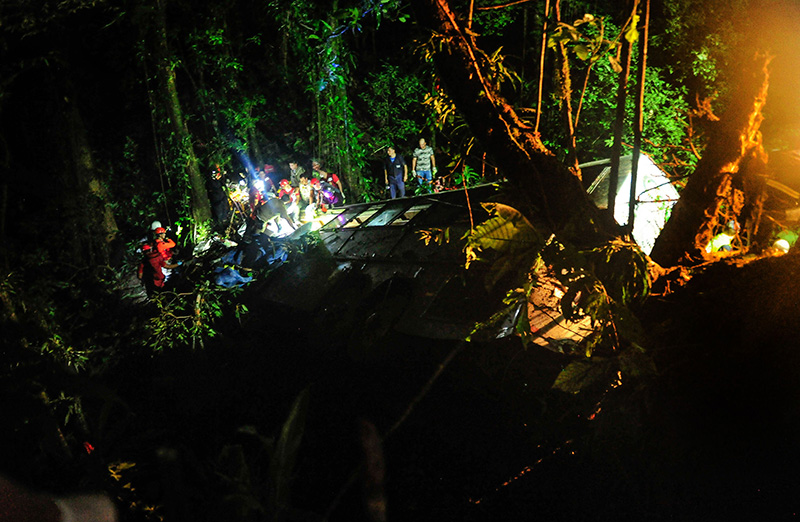 | Photo: AFP
by Daily Sabah with Reuters Mar 15, 2015 12:00 am
At least 51 people died on Saturday when a passenger bus drove off a cliff in the southern Brazilian state of Santa Catarina, police said.

The police said that two more people were trapped under the wreckage and "would likely take the death toll to 53."

The bus, which was traveling en route from the neighboring state of Parana, swerved off a curve and fell 400 metres (1,300 feet) before crashing into a wooded area. Rescue crews were still trying to rescue survivors and recover the bodies of the victims late in the day.

Police did not know how many passengers in total were aboard the bus or whether the driver was one of the victims, but said that at least six survivors were being treated for injuries.

Brazil has some of Latin America's deadliest roads. Despite nearly a decade of sustained economic growth that has only slowed in recent years, the country has done little to improve or expand its creaky infrastructure.

The country averages more than 18 highway deaths per 100,000 people per year, compared with about 10 in high-income countries, according to a report by the Inter-American Development Bank.
Last Update: Mar 15, 2015 1:39 pm
RELATED TOPICS