First Muslim cemetery in Las Vegas to be built 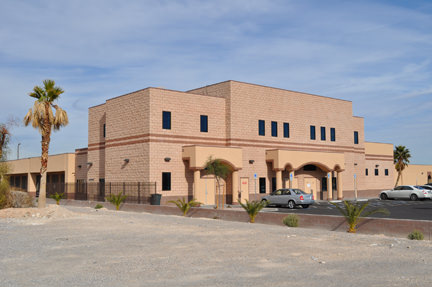 by Daily Sabah Mar 18, 2015 12:00 am
An appeal for a plan of building a private Muslim cemetery filed by the residents in Las Vegas has been dismissed by the Clark County Planning Commission on Wednesday.

Earlier, the plan for the cemetery on a patch of land next to an Islamic academy near Warm Springs and Bermuda roads was approved by the Clark County commissioners but some nearby residents opposed the placement of the cemetery in the neighborhood.

According to Dr. Aslam Abdullah, director of the Islamic Society of Nevada, the opposition by the residents was a result of a theological problem, "We don't have a place. We need a place. But we don't want a place at the expense of our neighbors," Abdullah said.

Abdullah also said that an earlier effort by a different group to build a Muslim cemetery in the northeast valley in 2012 ended with a fire at the construction site, which he believes was intentionally set and considers it as a hate crime since the cause of the fire was never determined.