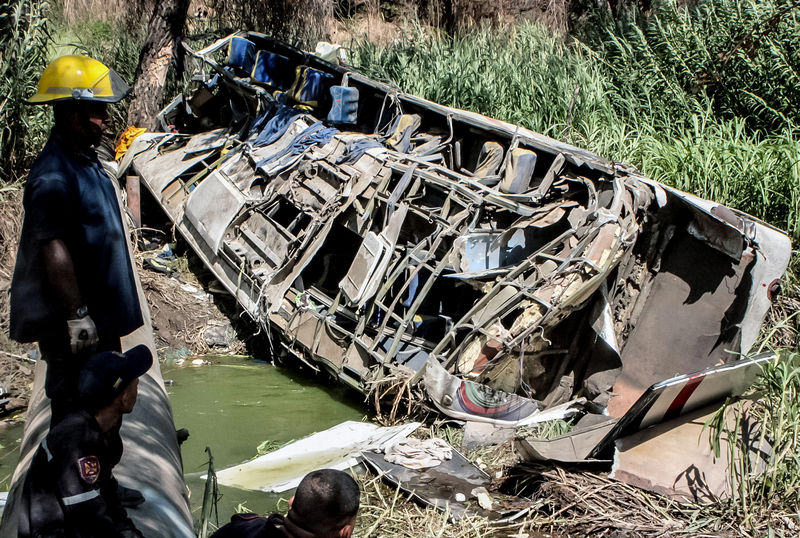 | Photo: EPA
by Daily Sabah with AP Mar 23, 2015 12:00 am
At least 11 people died and thirty-six others were injured after a bus rolled into a ravine southwest of the Venezuelan capital Caracas late on Sunday.

According to eyewitnesses, the driver lost control and the vehicle plunged into a lake, BBC reported.

The bus driver was among the dead, according to statements released on Twitter by the National Police and a highway safety official.

According to officials, the bus was en route from the eastern city of Puerto la Cruz to Maracay, capital of Aragua state.