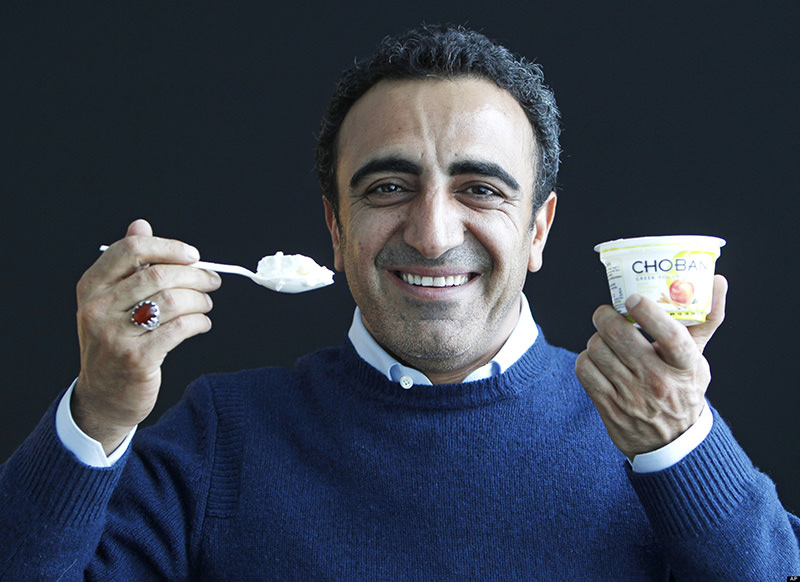 | AP Photo
by daily sabah Apr 08, 2015 12:00 am
The Turkish CEO of Chobani, one of the biggest yoghurt companies in the US, Hamdi Ulukaya will sweat over a lawsuit, launched by his ex-wife Ayşe Giray, in order to make Chobani a publicly traded company.

According to US media outlets, the case will be heard in Manhattan.

Chobani has become one of the biggest Greek-style yogurt makers in the US in a short time. However, his ex-wife Ayşe Giray sued him in 2012, claiming she is entitled to 53 percent of the company. Ulukaya denies the claim.

According to Crain's Chicago Business, Giray claimed that Ulukaya used her investment in a feta cheese plant as the basis for the company that became Chobani.

Giray, a pediatrician practicing in New York City, and Ulukaya were only married for a few years, and divorced in 1999.

The case is of vital importance for the company as it will determine whether the company will be publicly traded.