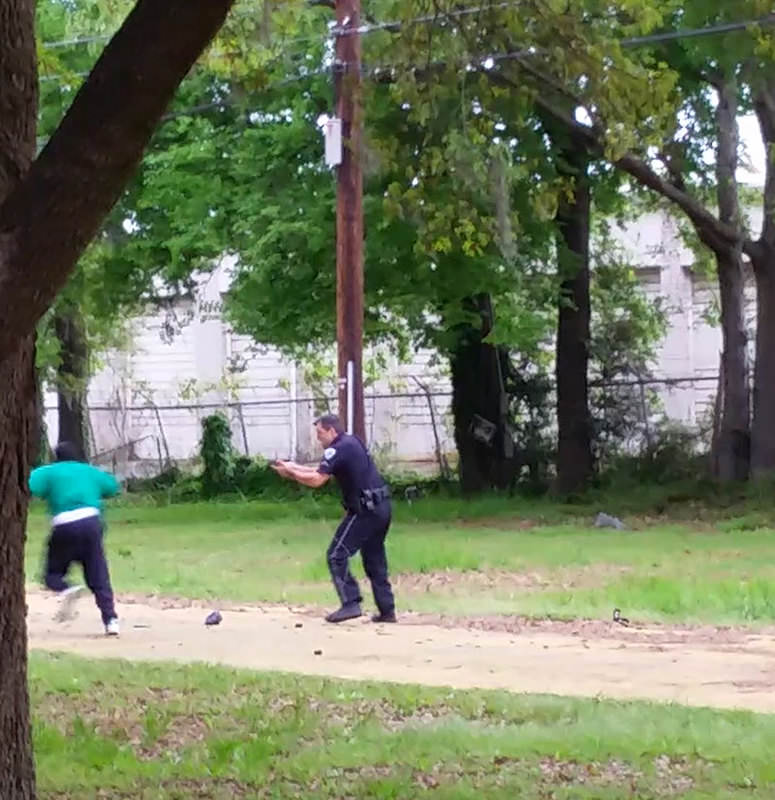 White US police officer faces murder charges after shooting fleeing black man eight times in the back before handcuffing body. He has been also fired following the incident. The video taker who recorded the shooting fears for his own safety.

The man who recorded a police officer shooting a black man says he fears for his own safety since he was identified as the person who videotaped what happened.

Feidin Santana told NBC's "Today" show on Thursday that people now know where he lives and works. He says he considered staying anonymous for a time.

Santana says "lives changed in a matter of seconds" when he recorded the shooting on his way to work.

His attorney, Todd Rutherford, appeared on the show with him. Rutherford says Santana is afraid, noting the first thing he asked Thursday morning was, "How can I get protection?"

A white police officer in the U.S. state of South Carolina was charged with murder on Tuesday after a video surfaced that appears to show him fatally shooting a 50-year-old black man in the back. The policeman has been also fired following the incident, the mayor said Wednesday.

"I will also let you know that the officer ... was terminated," Mayor Keith Summey said at highly charged press conference that was frequently interrupted by chants from protesters.

Walter L. Scott died on Saturday after the North Charleston police officer Michael T. Slager, 33, shot him eight times in the back during a traffic stop, local media reported.

Authorities took Slager into custody after viewing a video of the incident.

"When you're wrong, you're wrong," he said. "If you make a bad decision, don't care if you're behind the shield or just a citizen on the street, you have to live by that decision."

The incident comes at a time when a series of police-involved killings of unarmed blacks have stirred racial tensions, setting off nationwide protests over perceived injustices within the U.S. justice system.

Local media said the victim was shot after the officer had already hit him with a stun gun.

A video of the shooting released by the New York Times captures the moments following the incident with the stun gun, as Scott apparently flees from the officer after a short scuffle. The video then shows the officer drawing his pistol and shooting at Scott eight times, who falls face first to the ground.

The officer's attorney, David Aylor, said his client fatally shot Scott because he felt threatened after the man allegedly tried to overpower him during a traffic stop, according to The Post and Courier, a local newspaper in Charleston.

The Justice Department said it would "take appropriate action in light of the evidence and developments" and that its Civil Rights Division, along with the South Carolina U.S. Attorney's Office and the FBI will work on the investigation.

Blacks make up about 47.1 percent of North Charleston, according to 2010 U.S. Census Bureau statistics. The city is South Carolina's third-largest with about 100,000 residents.

The city's police force is about 80 percent white, according to local media.