US Capitol locked down after man kills himself 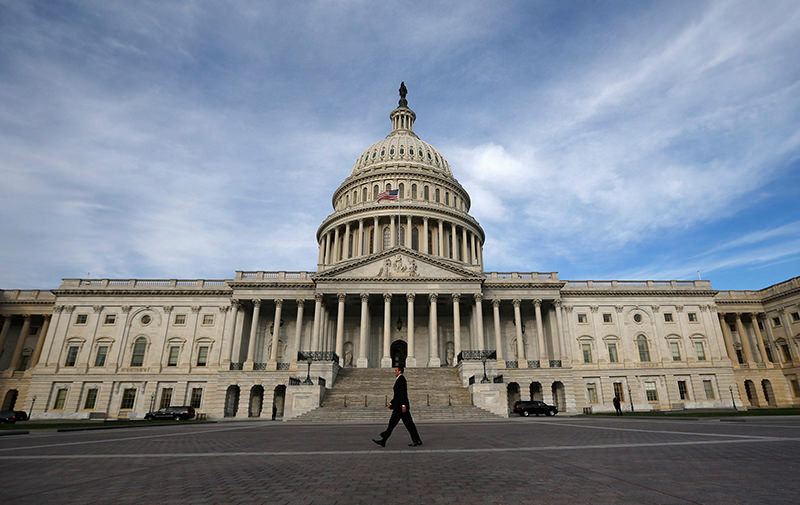 | Reuters Photo
by Anadolu Agency Apr 11, 2015 12:00 am
The U.S. Capitol was placed on lockdown after a man reportedly attempted suicide at the West Front of the building.

Capitol Police spokeswoman Kimberly Schneider said the individual was "neutralized" after suffering a self-inflicted gunshot wound, according to local media. It's unclear if the shooter died as a result of his injuries, but the Capitol and Capitol Visitor Center were placed on lockdown as a precautionary measure.

The lockdown was lifted at roughly 3:50 p.m. EDT, and pedestrians were allowed through the East Front of the building. The West Front remains closed.

Police are now investigating a suspicious package in connection to the shooting, Schneider added.

The shooting took place on one of the busiest weekends of the year in Washington as thousands of tourists have come to the nation's capital to take part in the annual Cherry Blossom Festival.

Lawmakers are set to return to Washington on Monday following a two-week spring break.