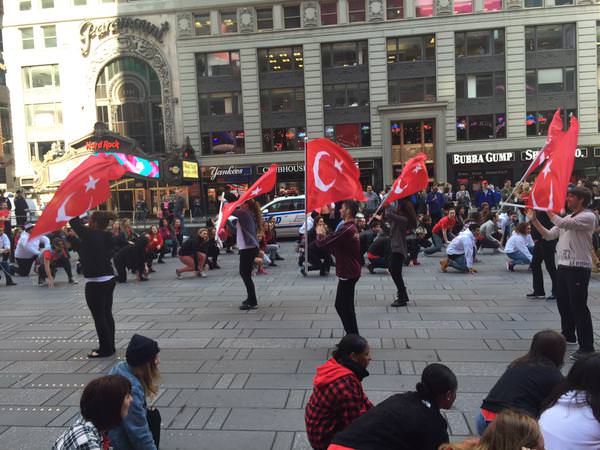 by Daily Sabah Apr 21, 2015 12:00 am
A flash mob was conducted in New York City's famous Times Square to promote a campaign to reconcile Turkish and Armenian relations over the next hundred years to come.

The flash mob, in which 225 dancers performed and were watched by thousands, was organized by the Turkic Platform, an NGO based in Istanbul, for their campaign titled "The Next 100 Years".

The group uses #next100Years and #partnerinpeace as hashtags to promote their campaign on Twitter.

There are approximately 350,000 Turkish-Americans and 386,000 Armenian-Americans living in the U.S., with the New York metropolitan area being its population and cultural center. 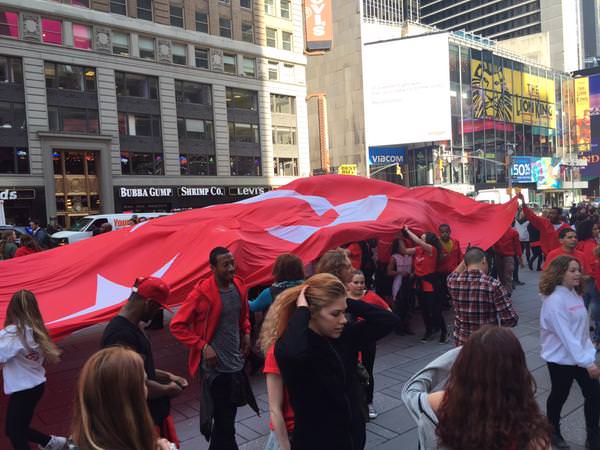 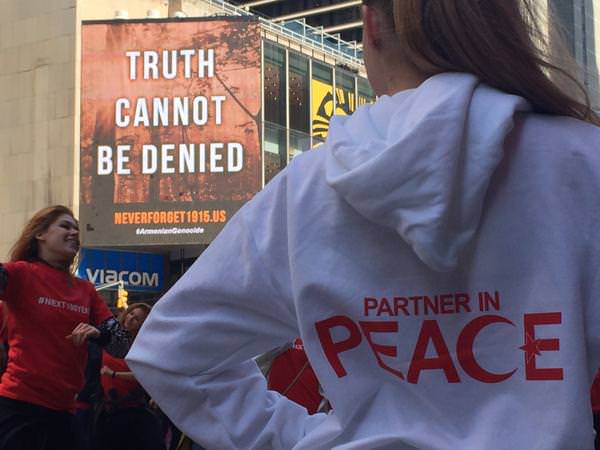 A 1915 advertisement given by Armenian lobby groups is seen in the background.