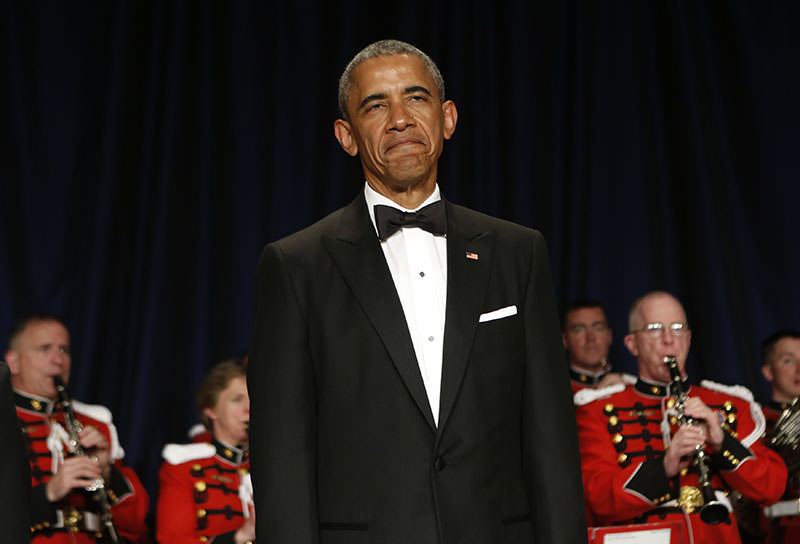 Obama appeared before a ballroom packed with journalists, media types and celebrities for his penultimate White House Correspondents' dinner before finishing his second term next year.

With the battle for the 2016 election well under way, would-be successors were the target for a good deal of Obama's jibes at Washington's annual "Nerd Prom."

"Ted Cruz said that denying the existence of climate change made him like Galileo," Obama said, referring to one of the conservative candidates vying for the Republican nomination.

Some of Obama's jokes are stock, including a reference to how much his time as president has aged him. "I look so old," he said this year, "that John Boehner has already invited Netanyahu to speak at my funeral."

But Obama's digs were not reserved just for political foes.

Hillary Clinton - who Obama beat in the 2008 Democratic primary - was lampooned for the low key start to her campaign.

Times are hard, he said, "I have one friend, just a few weeks ago she was making millions of dollars a year. And she's now living out of a van in Iowa."

Clinton recently launched an election bid by traveling to Iowa in a van.

Making light of his limited time in office Obama joked:

"My advisors ask me, 'Mr President, do you have a bucket list?' I said, well, 'I have something that rhymes with bucket list.'"