It was a mistake for US to topple Saddam Hussein, says Sen. Rand Paul 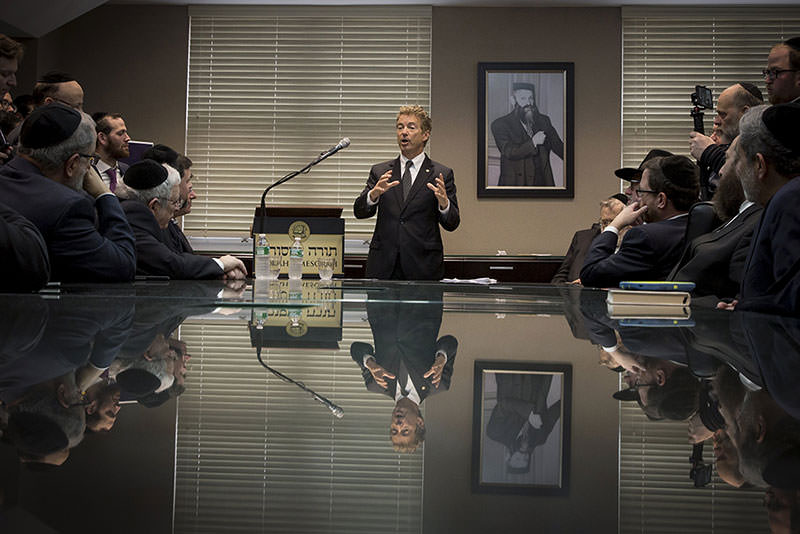 Republican U.S. Presidential candidate and Senator of Kentucky Rand Paul speaks to supporters during a campaign event at the National Society for Hebrew Day Schools in the Brooklyn borough of New York April 27, 2015 (Reuters Photo)
by daily sabah Apr 28, 2015 12:00 am
Republican presidential candidate Senator Rand Paul said on Monday it was a big "mistake" that U.S. ousted former Iraqi president Saddam Hussein in 2003, according to the weekly New York Observer.

Rand Paul said U.S.'s move to topple Saddam Hussein might have made Iran "twice as strong as it was before the Iraq War."

"Hussein was the bulwark against Iran," he said.

Speaking to Orthodox Jews at the Torah Umesorah Hebrew Day School in Brooklyn, N.Y., Paul also suggested that the situation in Libya had become worse since Muammer el-Qaddafi was ousted from power.

"Each time we topple a secular dictator, I think we wind up with chaos," Senator Paul said.

"I'm somebody who believes that war is the last resort."

Paul believes that Hillary Clinton did not run a successful campaign in the Middle East during her tenure as secretary of state.

"Hillary's war in Libya is, was, and continues to be an utter disaster," he said.

"Now that Gadhafi is gone, the country is in civil war, the ambassador was killed, our embassy fled … the country is divided and a third of the country supports ISIS [the self-proclaimed Islamic State of Iraq and al-Sham]."