New York to switch lights off to save migrating birds 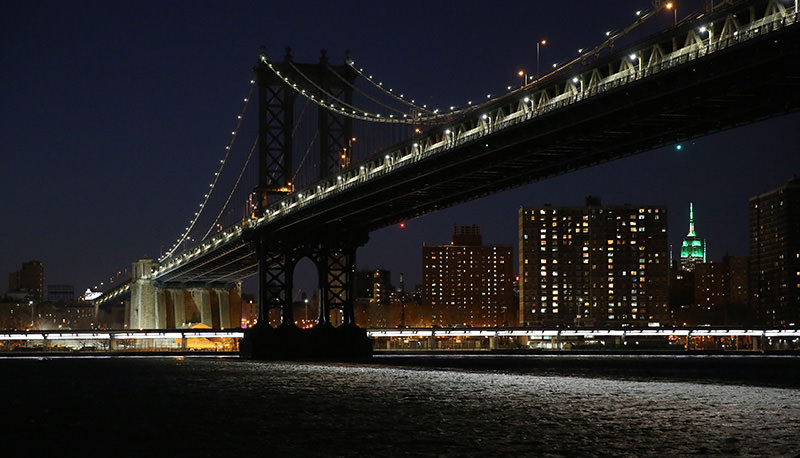 | EPA Photo
by Daily Sabah with Reuters Apr 28, 2015 12:00 am
New York Governor Andrew Cuomo said on Monday that the state buildings will turn off non-essential outdoor lights from 11 p.m. until dawn during peak migration in the spring and fall.

The state is along the Atlantic Flyway, one of four major routes for birds coming North in the spring from their warmer winter hideouts.

To get there, many migrating species - including colorful warblers and other song birds - fly at night and navigate by the stars, using constellations to guide them.

However outdoor lights, especially in bad weather, can disorient the birds and cause them to crash into windows, walls, floodlights or the ground.

The phenomenon, called "fatal light attraction," has killed an estimated 500 million to one billion birds annually in the United States, the governor's office said, citing U.S. Department of Agriculture data.

Migrating birds even fly right through the towers and canyons of New York City. Earlier this month, a Chuck-will's-widow - a brown, nocturnal insect-eater with a lizard-like head so flat and large it can swallow small birds whole - spent several days just a few blocks from Times Square, perched atop a branch in New York City's Bryant Park on 42nd Street.

Now bright lights will be turned off by New York state during the spring rush north from April 15 until May 31 and again during the fall migration south to warmer climes from August 15 until November 15.

By joining with the National Audubon Society's Lights Out program, the state buildings follow other well-known structures that have also agreed to limit lighting, including Rockefeller Center, the Chrysler Building and the Time Warner Center.

"This is a simple step to help protect these migrating birds that make their home in New York's forests, lakes and rivers," Cuomo said in a statement.

Lights Out efforts are already protecting birds in the east coast cities including Baltimore and Washington, and in other U.S. metropolitan areas including Chicago, Minneapolis and San Francisco, according to Audubon.