A Hattiesburg, Miss., lawman investigates the scene where two Hattiesburg police officers were shot to death, Saturday night, May 9, 2015 (AP Photo)
by May 10, 2015 12:00 am
Two brothers were arrested on Sunday after being charged with the killing of two police officers in Mississippi, local media reported.

Police officers Benjamin Deen, 34, and Liquori Tate, 25, were shot on Saturday and taken to hospital where they were confirmed dead, The Clarion-Ledger newspaper reported, citing Forrest County Coroner Butch Benedict.

Officials did not give details on the motive of the attack but said the suspects, Curtis Banks, 26, and Marvin Banks, 29, were arrested early on Sunday morning, ending an hours-long manhunt, according to the newspaper.

Both men were reported to have criminal records, which include drugs and weapons-related charges and felony convictions.
A third woman who was allegedly in the car at the time of the shooting in Hattiesburg city was also taken into police custody.

The killings come in the wake of another police shooting in New York, where plainclothes officer Brian Moore, 25, was shot in the head and died Monday.

A total of five police officers have been killed in the past five months in the United States, including two other New York policemen who were shot in December.

The newspaper said that one of the officers pulled a car over Saturday evening, approached the vehicle, and was joined by a second officer before shots were fired.

One of the suspects allegedly fled in a police vehicle, which was later found abandoned.

"Both Hattiesburg Police Officers have died. Terrible. Prayers to the entire community and families," the Oxford force said on Twitter.

The Clarion-Ledger said it was the first police killing in Hattiesburg in 30 years.

The deaths come at a time of racial tension and protests over police brutality, most recently in the case of a black youth who died April 19 from injuries suffered while in police custody in Baltimore. 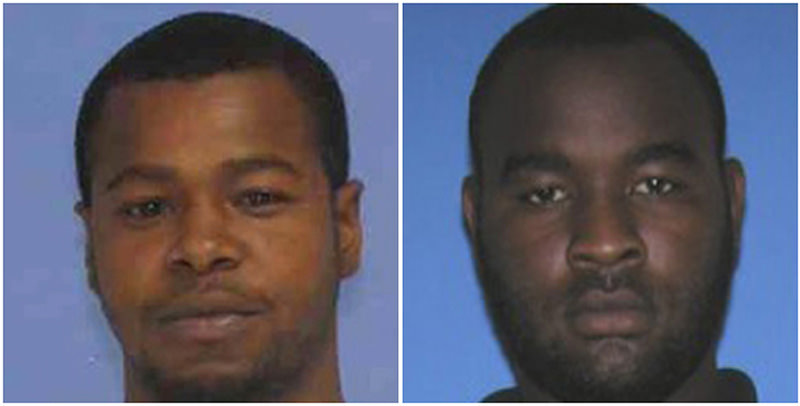